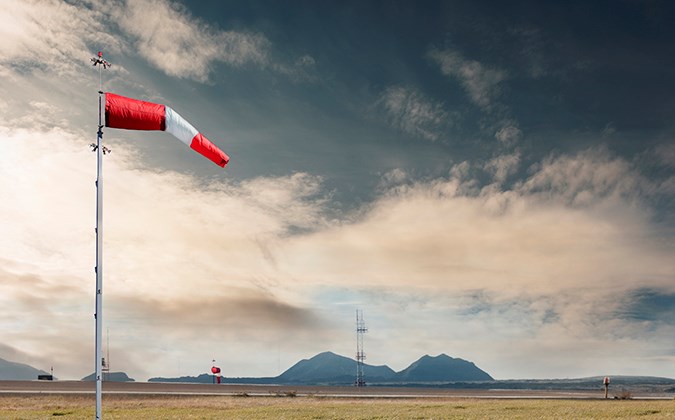 MNPS airspace has been established between FL285 and FL420. To ensure the safe application of separation between aircraft in the airspace, only MNPS approved aircraft are permitted to operate within the MNPS airspace. The current MNPS was established to ensure that the risk of collision as a consequence of a loss of horizontal separation would be contained within an agreed Target Level of Safety (TLS).

The lateral separation applied between MNPS approved aircraft is 60NM or by the “Gentle Slope Rules” which allow lateral separation as small as 50.5 NM. For the most part, aircraft tracks are separated using the earth’s coordinate system to define tracks and effect separation laterally by 60 NM or 1 degree provided a portion of the route is within, above, or below MNPS airspace. Given the curvature of the earth, “Gentle Slope Rules” have been adopted to ensure that the actual separation never falls below distances which vary with latitude but never fall short of 50.5 NM.

The longitudinal separation minima applied in the airspace vary greatly depending on aircraft class (jet, prop) among other criteria but for the target population, the values are 15 minutes for crossing tracks and 10 minutes for aircraft that have reported a common point and follow the same track or continuously diverging tracks.