The eastwards expansion of the north building is well under way, with the launch of a long phase of concrete and steel structural work on the 22,000 m2 building. Concrete laying is progressing well and is still on schedule, despite the weather conditions of the past months. Work on casting the basements is expected to be completed by late summer.

Area 6 is composed of a temporary building and a connection route to Area 6. The temporary building will house a new arrivals border crossing – new rules will apply to passengers crossing the external borders of the Schengen area from the end of May 2022. The building has now been sealed and heated, and work has begun on internal finishings. The plan for March is to build new police and technical facilities, develop the connection route and connection route floor and install sub-systems for sound-absorbing boards and ventilation ducts. Work in Area 6 is scheduled to be completed in May 2022.

Eastward expansion of south terminal building. An agreement has been reached with the contractor Rizzani de Eccher, who will take care of ordering the steel structure and windows, as well as assisting with reviewing and finalising the design of the building. Design will be completed in March, and expansion work on the terminal is expected to being in April.

MAINTENANCE OF AND IN TERMINAL

Maintenance of the terminal interior is under way, with the parquet on the second floor of the south building being regularly maintained. There will also be regular maintenance of doors and other parts of the terminal. Work on emergency lighting is still under way. The project is expected to take several months, as it involves significant intervention in the operations of the terminal. It is, however, hoped that disruption to day-to-day operations will be kept to a minimum. Work is expected to be completed in May 2022. 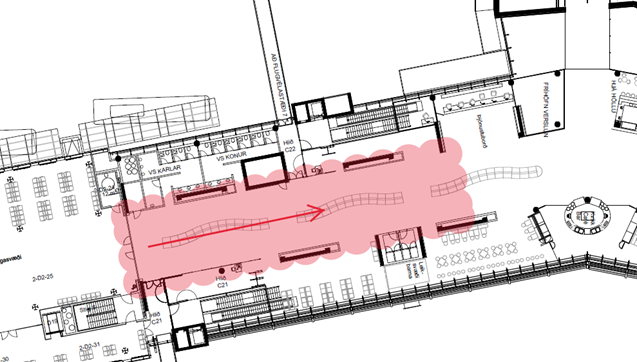 Location of areas to be sanded and oiled

Ground work for MikE is progressing well, and the contractor has started work south of RWY/10/28. The weather conditions of the past weeks have had a certain impact on work, and the contractor estimates that the weather has delayed work by five days. They have begun temporarily working on Saturdays to make up for this delay. Work on aspects other than ground work will begin this month, and surface water drains will begin to be installed next week.

Design work on the MikE and MikE-1 (rapid exit) taxiway is nearing completion, and the designers are now finalising the design documentation, i.e. the drawings and project descriptions required for the upcoming tender package. The next tender package will be opened for bids in the coming weeks. The tender package in question deals with asphalting and is very extensive, as three layers of asphalt must be laid on the taxiway and the total thickness of the asphalt on the taxiway is 15 cm. To put this into context, the amount of asphalt on the Mike and Mike-1 taxiways is 170,000 m2 – the same as asphalting the Laugarsdalsvöllur stadium 24 times over. 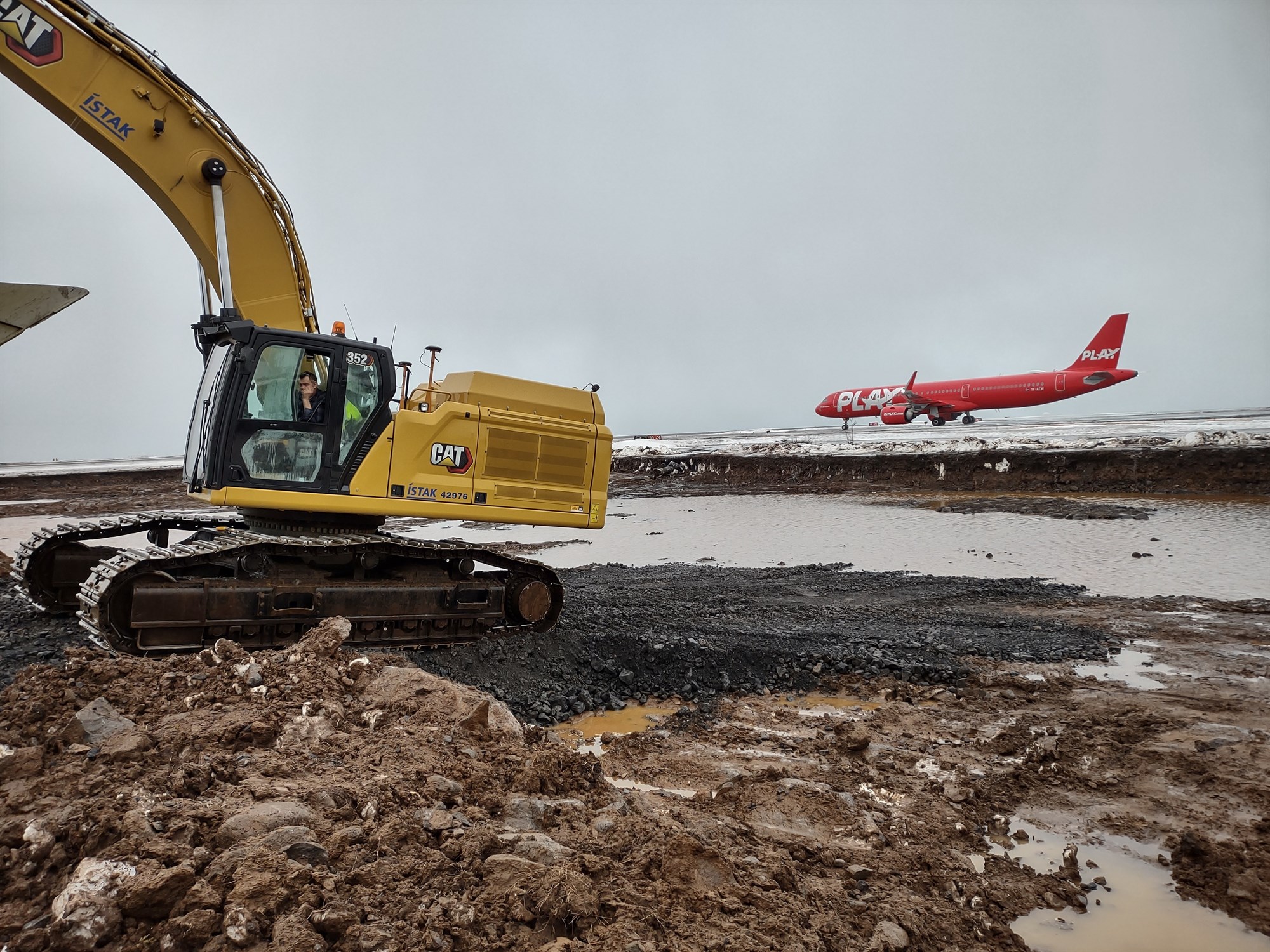