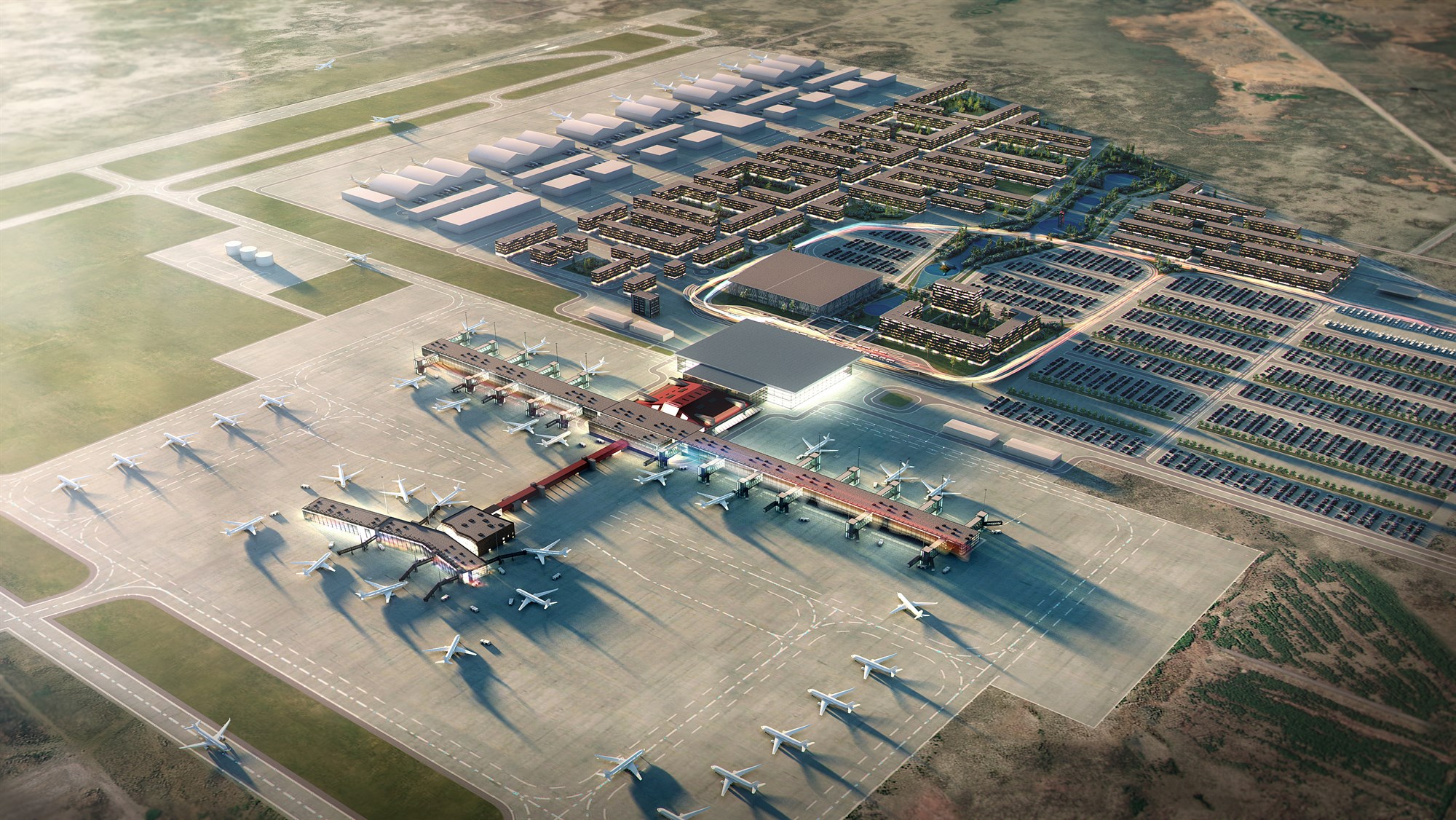 The eastwards expansion of the north building is well underway, with the launch of a long phase of concrete and steel structural work on the 22,000 m2 building. Concrete work is progressing well and is still on schedule, despite the weather conditions of the past months. Work on casting the basement is expected to be completed by late summer.

Area 6 is composed of a temporary building and a connection route to Area 6. The temporary building will house a new arrivals border crossing – new rules will apply to passengers crossing the external borders of the Schengen area from the end of May 2022. Work is underway to connect the temporary building to the terminal as well as the internal finishing. In April, the plan is to fill and paint facilities for the police and technical facilities, complete stairwells, install wire fittings for ceiling panels, lay cables, install ventilation ducts and install equipment in technical facilities. The planned completion of Area 6 is in May 2022.

Eastward expansion of south terminal building. The design is completed, and expansion work on the terminal is expected to begin this summer.

CONSTRUCTION ON THE TERMINAL'S CATERING AREAS

Construction work on the new Penninn/Eymundsson store is well underway, and contractors are working on the demolition of the spaces that were previously the Pure Food Hall and Hugo Boss stores. Penninn’s new location is around 260 m2 in size, and Penninn’s new store will therefore be about a third larger than the current store. Construction is expected to continue through April, and the new store will open at the end of May.
Invitations to tender have begun for a new restaurant space that will replace the Airport Fashion (ARG) store and also for the space from which Penninn is moving.

Design has begun for changes and improvements to the weapon search’s screening space on the 2nd floor, which is located in the back space of the weapons search. These changes will be underway this summer, and it is expected that operations in the new and improved space will be completed in mid-October 2022.

see map of the catering area

MAINTENANCE OF AND IN TERMINAL

Maintenance of the terminal interior is underway, with regular maintenance work on the parquet underway. There will also be regular maintenance of doors and other parts of the terminal. Work on emergency lighting is still underway, but the first part of the emergency lighting project was launched on March 28. The installation of the system has gone well in the north building, and work will begin on the start-up of the new lights in the coming weeks. It is assumed that the new emergency lighting system will be fully active in the north building in June, when work will begin on the installation of the system in the south building. The project is expected to take several months, as it involves significant intervention in the operations of the terminal. It is, however, hoped that disruption to day-to-day operations will be kept to a minimum. Work is expected to be completed in May 2022.

Ground work for MIKE is progressing well, and the contractor has started work south of RWY/10/28. The weather has continued to cause problems and affect the construction. There have been some delays due to the weather, and the contractor is working longer working days as well as working on Saturdays to make up for the delays. Work on work components other than earthworks has begun, and the installation of surface drains and wells is underway, as is the installation of light bases. Various temporary work is also underway, including work to protect/strengthen existing utilities ducts that fall beneath the upcoming taxiway, and Isavia-ANS electricians have worked with the contractor (Ístak) on the current electrical system.

The tender package for asphalting has been put out to tender and is an extensive tender package both cost- and construction-wise. Three layers of asphalt are to be laid on the taxiway, and the total thickness of the asphalt on the taxiway is 15 cm. To put this into context, the amount of asphalt on the MIKE and MIKE-1 taxiways is 170,000 m2 – the same as asphalting the Laugarsdalsvöllur stadium 24 times over. 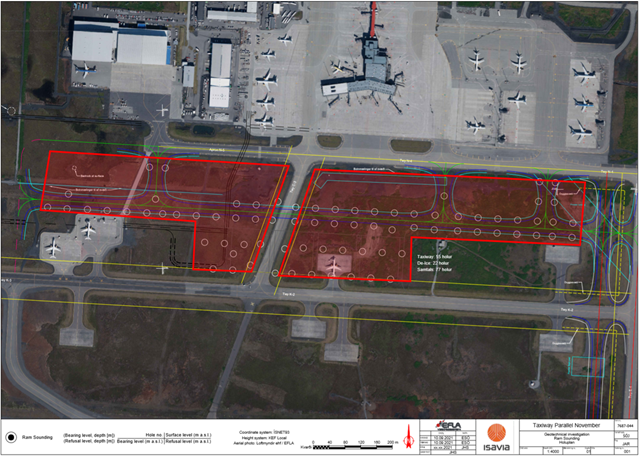