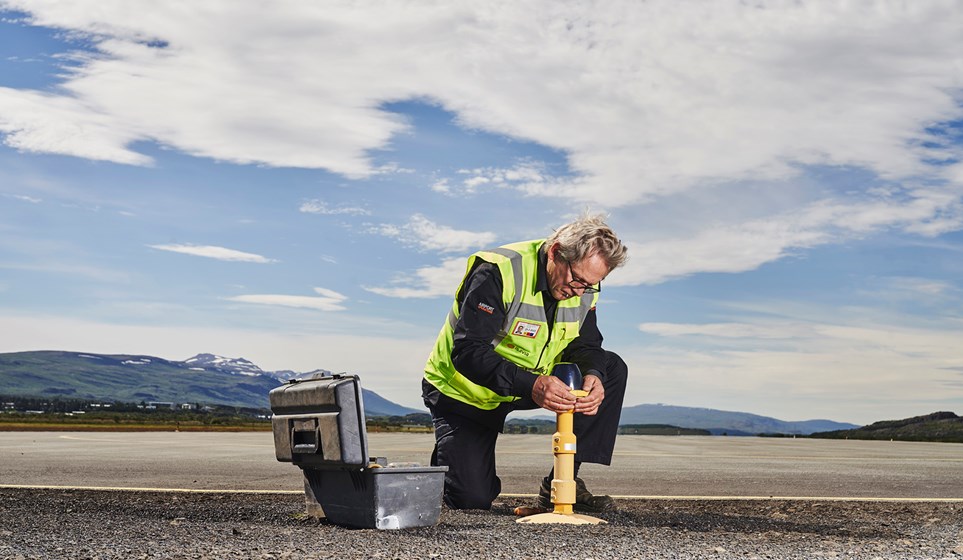 Egilsstaðir International Airport is one of four airports in Iceland which fulfil requirements for international flights and is open 24 hours a day. The airport is located on Egilsstaðanes peninsula, on the banks of Lagarfljót lake, midway between Egilsstaðir town and Fellabær town.

The Airport Director and District Manager in East Iceland is Ásgeir Rúnar Harðarson.

The air terminal was originally built in the period from 1963 to 1968, but was rebuilt and expanded during the years 1987 to 1999. A new arrivals hall was formally taken into use in April 2007. The airport is located just about in the centre of East Iceland. There is only a 1-1,5 hour drive to the main localities, and it can be said that the airport currently serves the entire area from Vopnafjörður fjord/Bakkafjörður fjord in the north to Breiðdalsvík cove/Djúpivogur cove in the south. There are good flight and approach conditions. Weather conditions are favourable to aviation and reliability of scheduled flights is therefore good, or close to 99%.

See our location on a map, also interesting activities and places near the airport.