We are mindful of our responsibility with respect to climate change and greenhouse gas emissions, and work actively and systematically to reduce our carbon footprint. In 2015, Isavia’s Managing Director signed a climate action pledge as part of an incentive programme initiated by the City of Reykjavík and Festa – the Icelandic Centre for Corporate Social Responsibility. Having made the pledge, Isavia set itself goals to reduce its greenhouse gas emissions and thereby show initiative as well as environmental and social responsibility.

In 2017, Isavia received an incentive award for its actions against climate change from the City of Reykjavík and Festa. As part of the Responsible Tourism incentive project, the company set itself new objectives for 2018, two of which concern climate issues. One of these is to reduce the use of fossil fuels by 4% per passenger compared with 2017, and the other is to increase the percentage of recycled waste by at least 5% per passenger compared with 2017. In 2019, Isavia signed an agreement with Kolviður fund and Votlendissjóður fund to offset all direct carbon dioxide emissions.

Keflavik Airport is a participant in the Airport Carbon Accreditation programme, which aims to reduce airports’ carbon emissions. Keflavik Airport is certified at Level 2: ‘Reduction’, which means that its carbon footprint and environmental impact on the surrounding area have been mapped out. Additionally, effective carbon management procedures are in place and reduction targets have been achieved. 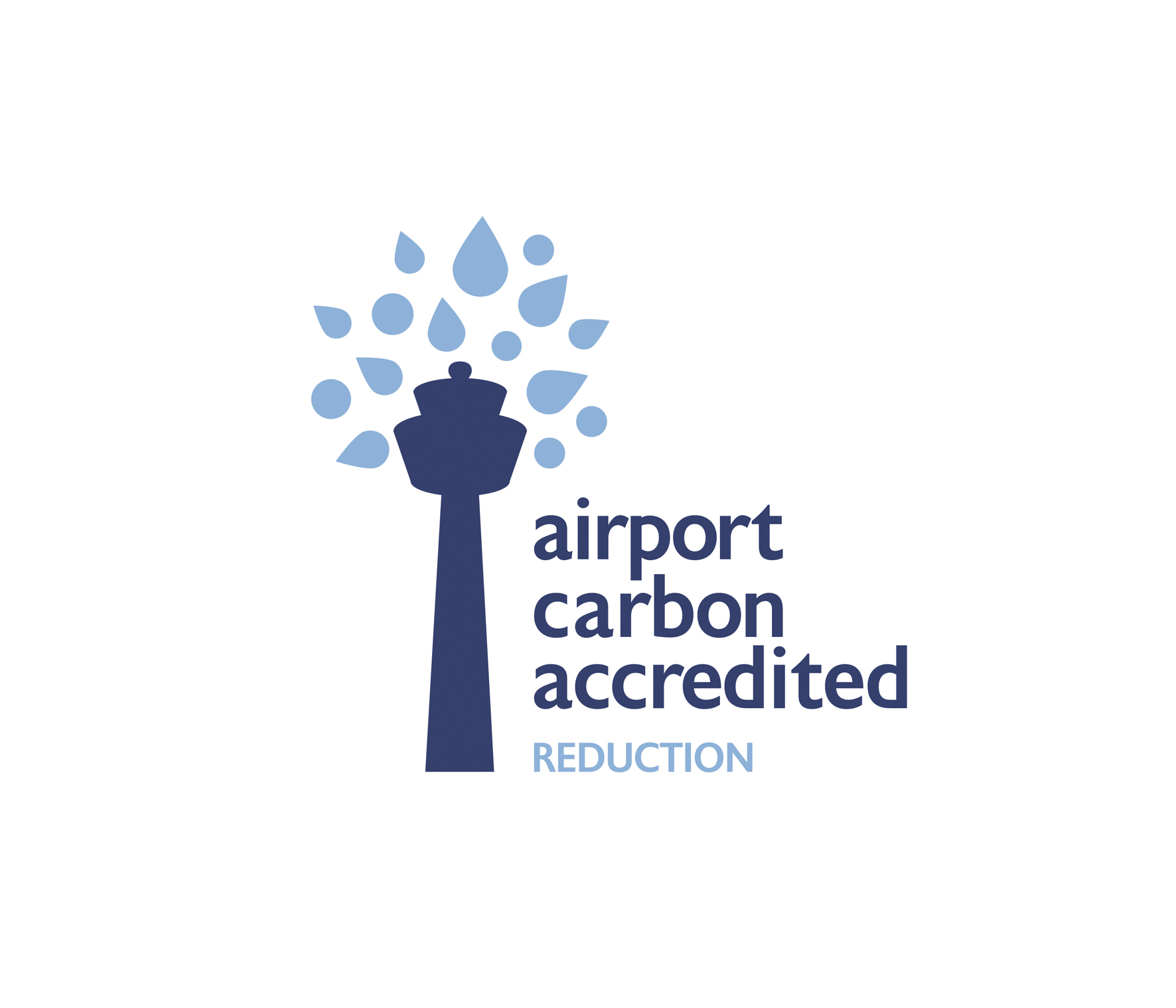 Isavia´s Environment and Climate Action Plan sets out various measures aimed at reducing the negative environmental impact of the company’s operations. These measures include a target for eco-friendly vehicles of all new vehicles purchased, in those categories where such vehicles are available. It is hoped that this will lead to a drop in fuel consumption going forward.

We actively monitor our greenhouse gas emissions and annually submit our Green Accounting to the Environment Agency of Iceland. Our direct greenhouse gas emissions derive from the burning of fossil fuel. The greatest share of this consumption is accounted for by the servicing and maintenance of the runways and operating areas of airports. Such services are significantly dependent on the weather.

A negligible part of our indirect greenhouse gas emissions comes from energy consumption. All energy consumed by the company derives from either a geothermal source or hydropower. In other words, all our energy comes from renewable sources that cause very minor emissions compared with other types of heating and electricity production. Other indirect greenhouse gas emissions can attributed to unrecycled waste sent to landfill.

Isavia began assessing air quality at its airports in 2016. The air at Keflavik Airport was recently assessed by engineering firm Efla in co-operation with the University of Aviero. Pollution was calculated on the basis of traffic through the airport in 2015 and projected up to 2025. The report concluded that the concentration of all pollutants was within the air quality limits prescribed by Regulation No. 251/2002, both in 2015 and in the 2025 projection. Having received these results, Isavia has decided to measure and monitor NOx concentrations in and around the airport.