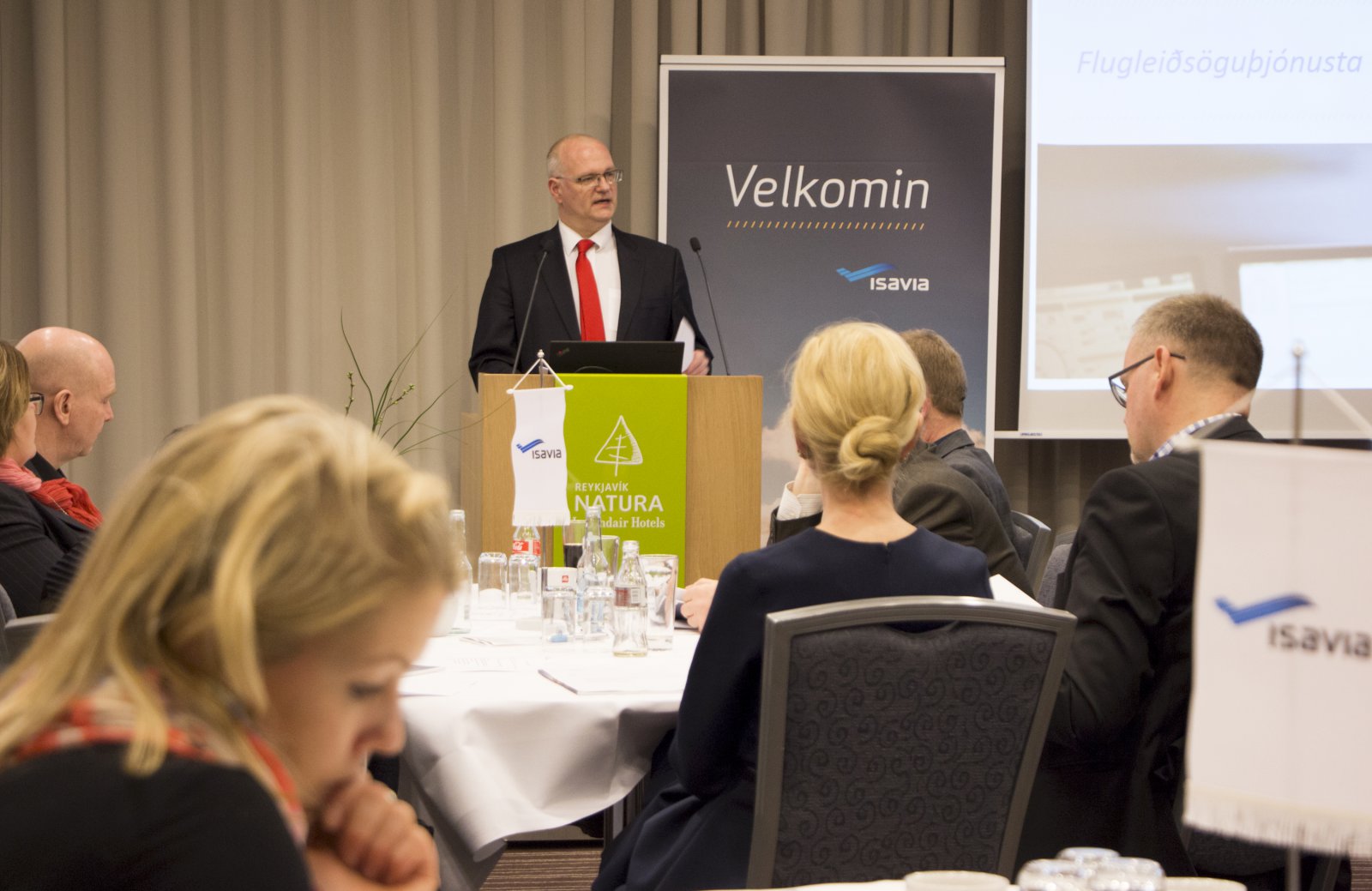 Isavia’s Annual General Meeting was held Friday 20 March, at Icelandair Hotel Reykjavik Natura. The meeting addressed the operation and performance of the company over the past year, and the 2014 annual report was presented. Isavia is responsible for the operation of all airports and air navigation services in Iceland and is one of Iceland’s largest travel industry companies.

As in past years, Isavia’s operations grew in 2014. The company’s income amounted to ISK 22,079 million, increasing by ISK 2,269 million from 2013, or approximately 11.5% between years. Operating results before financial items amounted to ISK 3,328 million and increased by ISK 511 million between years. The increase in operating results can for the most part be attributed to the company’s increased focus on income generation which had positive effect already last year. This trend is expected to continue in coming years.

The total consolidated assets amounted to ISK 40,849 million at year-end, whereof ISK 31,402 million are from operating assets. The consolidated equity ratio was 41.8%, compared with 43.1% the previous year. It should be kept in mind that the amount of long-term loans at the end of last year is higher to the tune of ISK 3.7 million due to the draw-down of part of a long-term loan amounting to just under ISK 5 billion that the company secured for itself at the end of 2014 from the Nordic Investment Bank and that this arrangement has the effect of decreasing the equity ratio. This loan will be used for capacity-increasing investments at Keflavik International Airport this year. The equity ratio has increased substantially since the company was established in 2010, when it was 24.6%. The operation of the consolidated company has continued to provide positive cash flows, with net cash generated from operating activities amounting to ISK 4,628 million, an increase of approximately ISK 596 million from the previous year.

Ever since the establishment of Isavia, the company’s profits have been used for further development, which has resulted in a healthy operation and excellent service levels. As in past years, the company will not be paying dividends for the 2014 operating year, as the company will be embarking on considerable development in the near future, particularly at Keflavik International Airport. The decision to re-invest the year’s result in development and value creation within the company is particularly appropriate and will further support the growth of the tourism sector.

In 2015, Isavia’s parent company will be paying income tax to the state for the first time since it was established, as the company has now fully utilised the pre-existing transferrable tax losses. The amount to be paid is estimated to be approximately ISK 324 million, or a total of ISK 332 million for the group. In addition, the Duty-Free Store (Fríhöfnin), a subsidiary of Isavia, paid approximately ISK 397 million in tobacco and alcohol taxes to the Treasury. The store has thereby paid a total of ISK 1,349 million since 2011 to the Treasury in the form of said taxes.

It is clear that Isavia plays an important role in the development of tourism services in Iceland. The company needs to embark on extensive and expensive construction in the next few years in order to meet the increasing numbers of foreign travellers. There are many opportunities ahead, and these require major decisions. The state, as owner of Isavia and a major service purchaser, is faced with important decisions to make, not only as regards the future development of Keflavik International Airport, but also the service level of aviation within Iceland with regard to the future.

Tern Systems has, for over 25 years, designed and manufactured software for air traffic control and the training of air traffic controllers and has systems installed and in use here in Iceland as well as in various locations in Europe, Asia and Africa. The company has 41 employees. In addition, considerable knowledge and experience is obtained from the parent company as needed and as appropriate for on-going projects. The company’s Managing Director is Tómas Davíð Þorsteinsson.

Company‘s Board of Directors

The Minister of Finance is in charge of the state’s ownership of the company on behalf of the Treasury. Elected to the Board of Directors were Theódóra Þorsteinsdóttir, Ingimundur Sigurpálsson, Matthías Páll Imsland, Sigrún Traustadóttir and Ragnar Óskarsson.

When Isavia was established in 2010, its equity ratio was 24.6% and the financial strength of the new company, therefore, not particularly great. At the close of 2014, however, the company’s equity ratio stood at 41.8%, which is a remarkable achievement. The reasons for this success, for the most part, are twofold. First, the company can boast of excellent staff that have done a terrific job of increasing income generation, maintaining cost restraints and providing exceptional services, which has been well noticed and has garnered the company international awards. Second, the Ministry of Finance, as the holder of Isavia’s share, has provided the company with excellent support and left the company in peace to operate within the methodology on which its incorporation is based, resulting in a company that is market driven and service orientated. At the same time, the shareholder has understood that the company’s development, such as in Keflavik International Airport, has meant that the company has not paid any dividends, but rather the year’s profits have been reinvested in the company and used for its development. This decision, moreover, has meant that considerable value creation has occurred within the company. The 2014 results are good, and it is particularly pleasing to see good income generation from the core services that the company is providing. The main task of the coming years is to tackle the growth ahead responsibly and with the interests of the company’s owner as our guiding light. 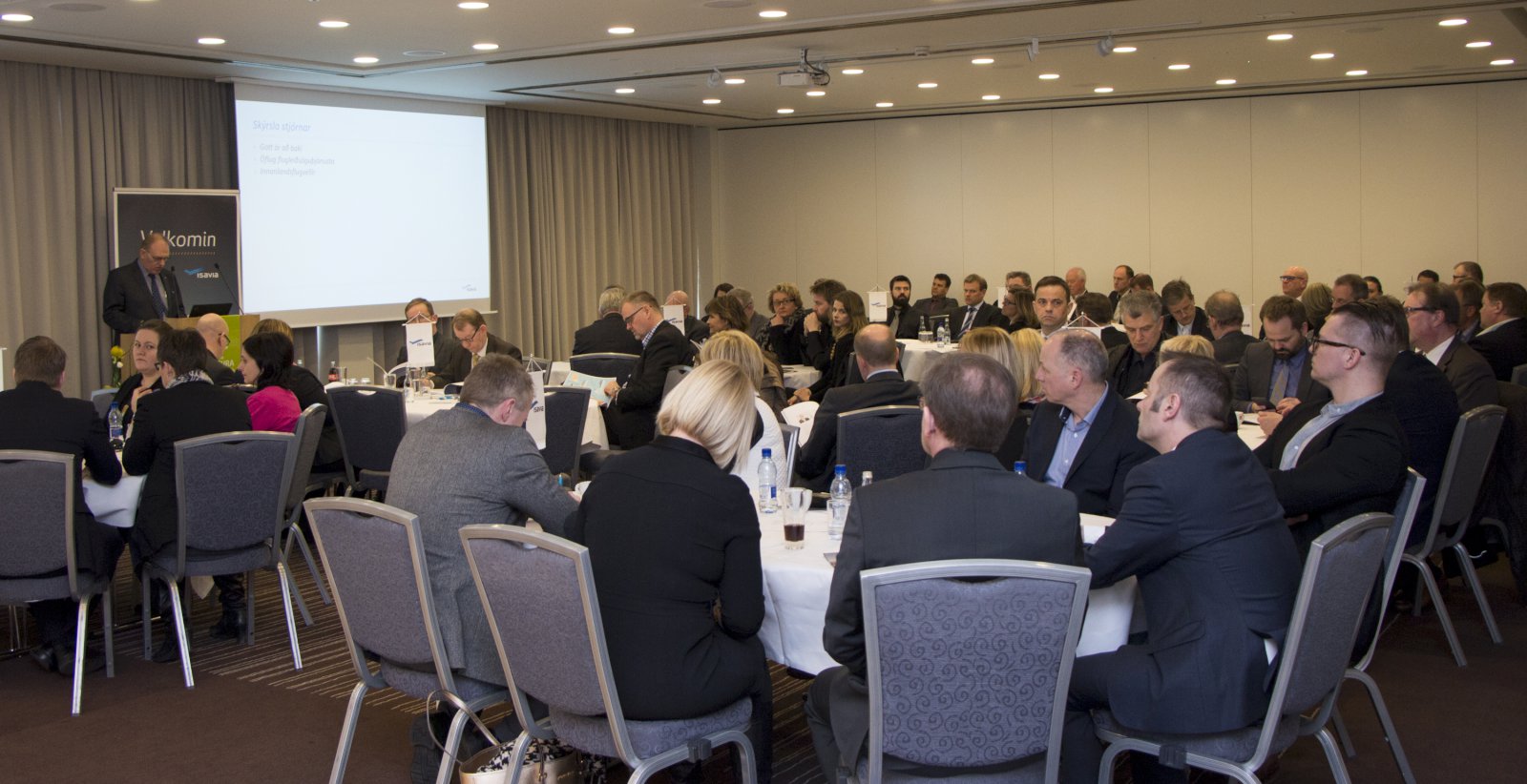 From the AGM today.