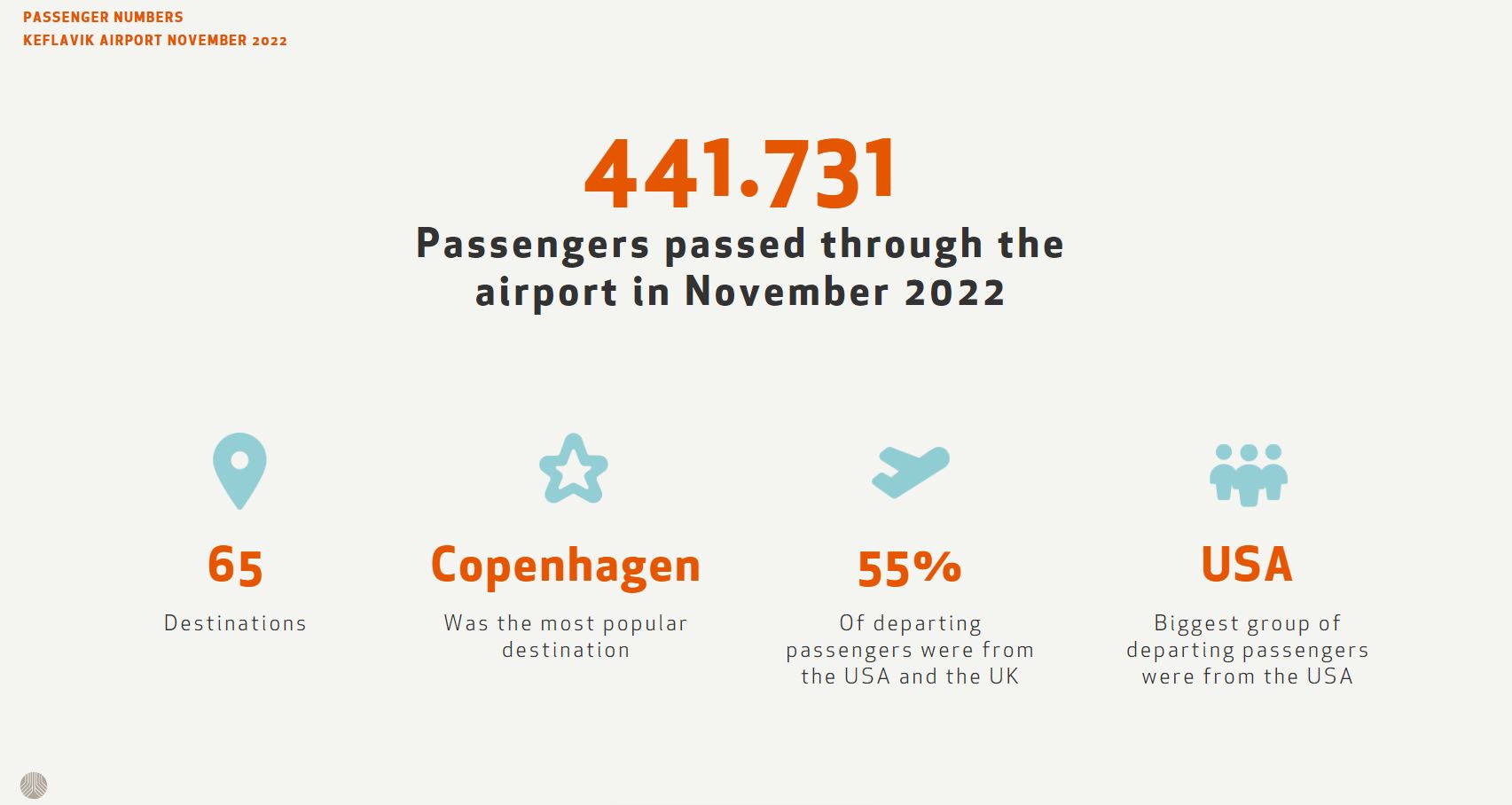 441,721 passengers made their way through Keflavík Airport in November 2022, according to preliminary figures. Multiple airlines, both Icelandic and international, flew to 65 different destinations with Copenhagen, London, Manchester, Paris and Boston being the most popular.

According numbers from the Icelandic Tourist Board the departures of foreign passengers from the country via Keflavík Airport were 138,000 in November, or about 92% of what they were in November in the record year 2018.

More than half of the departures in November were due to Americans and British nationals, while the departures of Icelanders were about 34 thousand in November. The second largest nationalities came from Germany, France, Poland, Denmark, Spain, Canada and China.

Around Six Million Passengers Passed Through Keflavik Airport in 2022