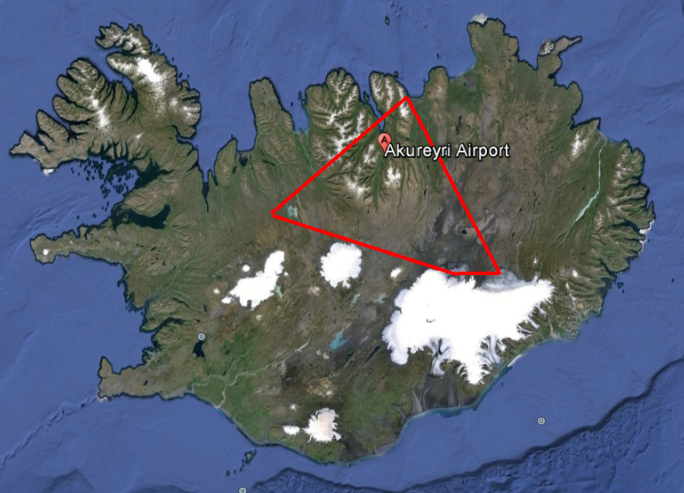 A small eruption has started in Holuhraun

A small volcanic eruption has started north of the Vatnajokull Glacier in Iceland producing lava flow but little airborne ash material. The Reykjavik Air Traffic Control Center has declared a 130 KM (83 NM) long wedge shaped area northwest of the site which can only be entered following visual flight rules as conditions allow. The area includes Akureyri International Airport in northern Iceland. Other airports are not affected. Aviators are advised to consult issued notices to airmen (NOTAM).

An area has been declared which can only be entered following visual flight rules.