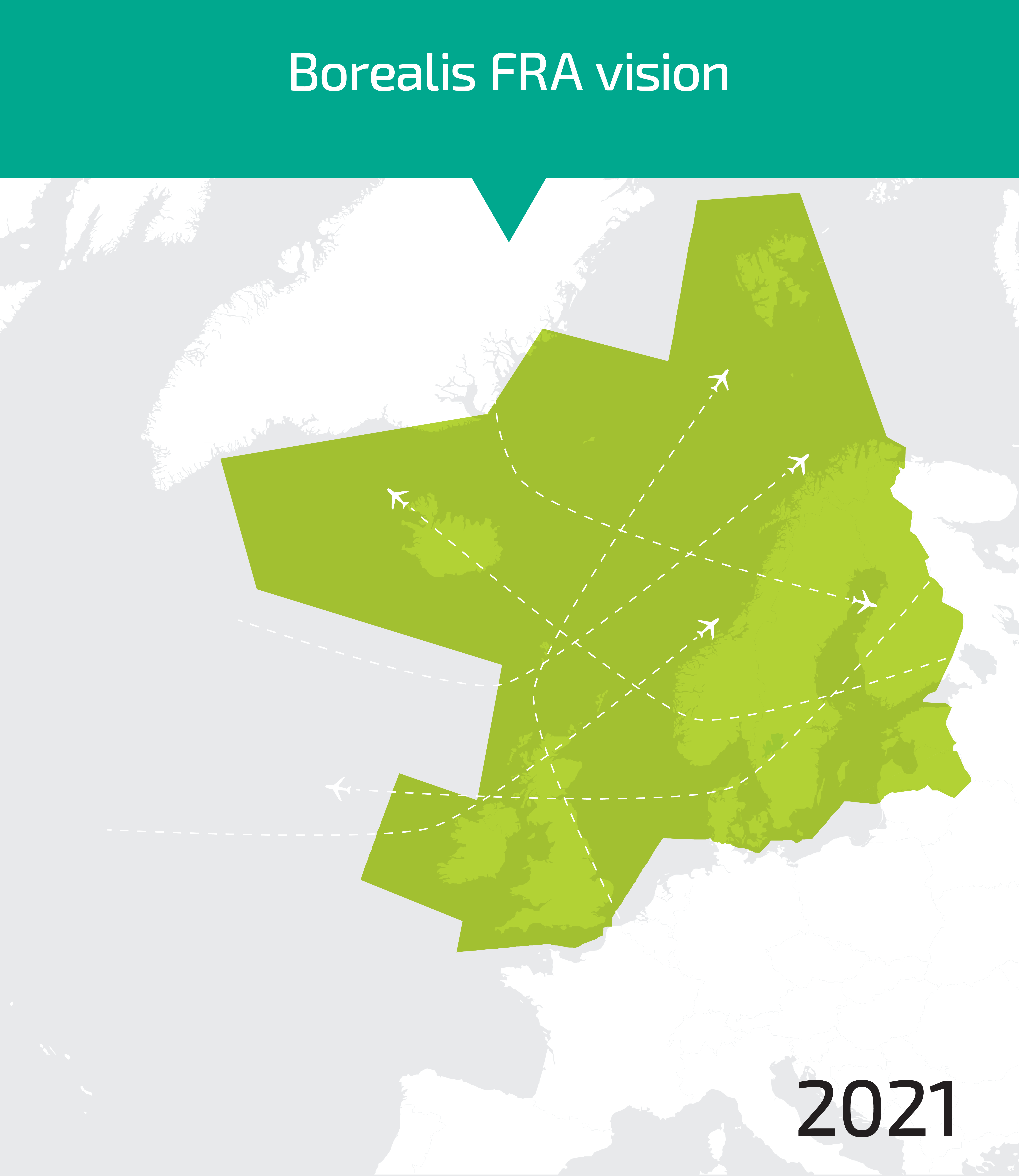 The Borealis Alliance, the leading voluntary collaboration of Air Navigation Service Providers (ANSPs), is one step closer to offering full Free Route Airspace (FRA) across the airspace managed by its nine Members, after new successful implementations by the Irish and Icelandic ANSPs.
The Borealis Alliance has already delivered one of the largest cross-border areas of FRA in the world, meaning airlines are able to plan and fly the routes they wish to take without having to follow fixed Air Traffic Service (ATS) routes within the airspace managed by the ANSPs. This enables airlines to save time, fuel and money, helping to reduce costs and improve environmental performance.
This year, three new implementation steps have been delivered on route to the final Borealis vision of FRA, which will see a continuous, seamless area of FRA covering the airspace over Denmark, Estonia, Finland, Iceland, Ireland, Latvia, Norway, Sweden and the UK.
Since December 2009, the Irish Aviation Authority (IAA) ANSP has operated FRA in the Shannon Upper Information Region (UIR), Shannon Oceanic Transition Area (SOTA) and Northern Oceanic Transition Area (NOTA), though a route structure remained in Shannon’s lower airspace below flight level 245.
Building on the success of FRA in the UIR, SOTA and NOTA and as part of the overall Borealis Alliance FRA vision, the IAA ANSP commenced plans to remove the route structure in the Shannon FIR lower airspace and extend the FRA down to flight level 75. A local project group, managed by Mr. Declan Mangan, Operations Manager Shannon Enroute, was created which fed into the wider Borealis Alliance FRA Project Group. The route structure was successfully removed in October 2017.
Alongside this, Isavia, the Icelandic ANSP has also built on its existing area of FRA. With the implementation of Borealis Step 2 and 3, additional exit/entry points became available for traffic entering/exiting the Reykjavik Flight Information Region (FIR) to/from Norway FIR and Scottish FIR. In addition NATS implemented additional routing options to and from Reykjavik FIR. This offers greater flexibility in flight planning and adds more routing options for our users, both for flights departing/arriving within the Reykjavik FIR as well as flights transiting through the FIR.
Commenting on the completion of the latest three implementation steps of the Borealis FRA programme, Executive Director Branka Subotić said: “The work delivered by Isavia and the IAA takes us even closer to the final vision of seamless Free Route Airspace across all nine Borealis members, which will enable airlines and other airspace users to make significant fuel and time savings. The ongoing collaboration between Borealis members to further refine and improve their airspace for the benefit of customers and the flying public demonstrates our continued commitment to make the vision of a Single European Sky a reality.”
The Borealis Alliance FRA programme will enable airline and business aviation customers to plan and take the most cost effective, fuel efficient and timely routes across the entire airspace managed by Borealis members saving time, money and fuel. Once the final Borealis Free Route Airspace vision is realised, fuel burn could be reduced by up to 46,000 tonnes per year, saving 146,000 tonnes of CO2 emissions and reducing total annual flying distances by up to 7 million nautical miles.