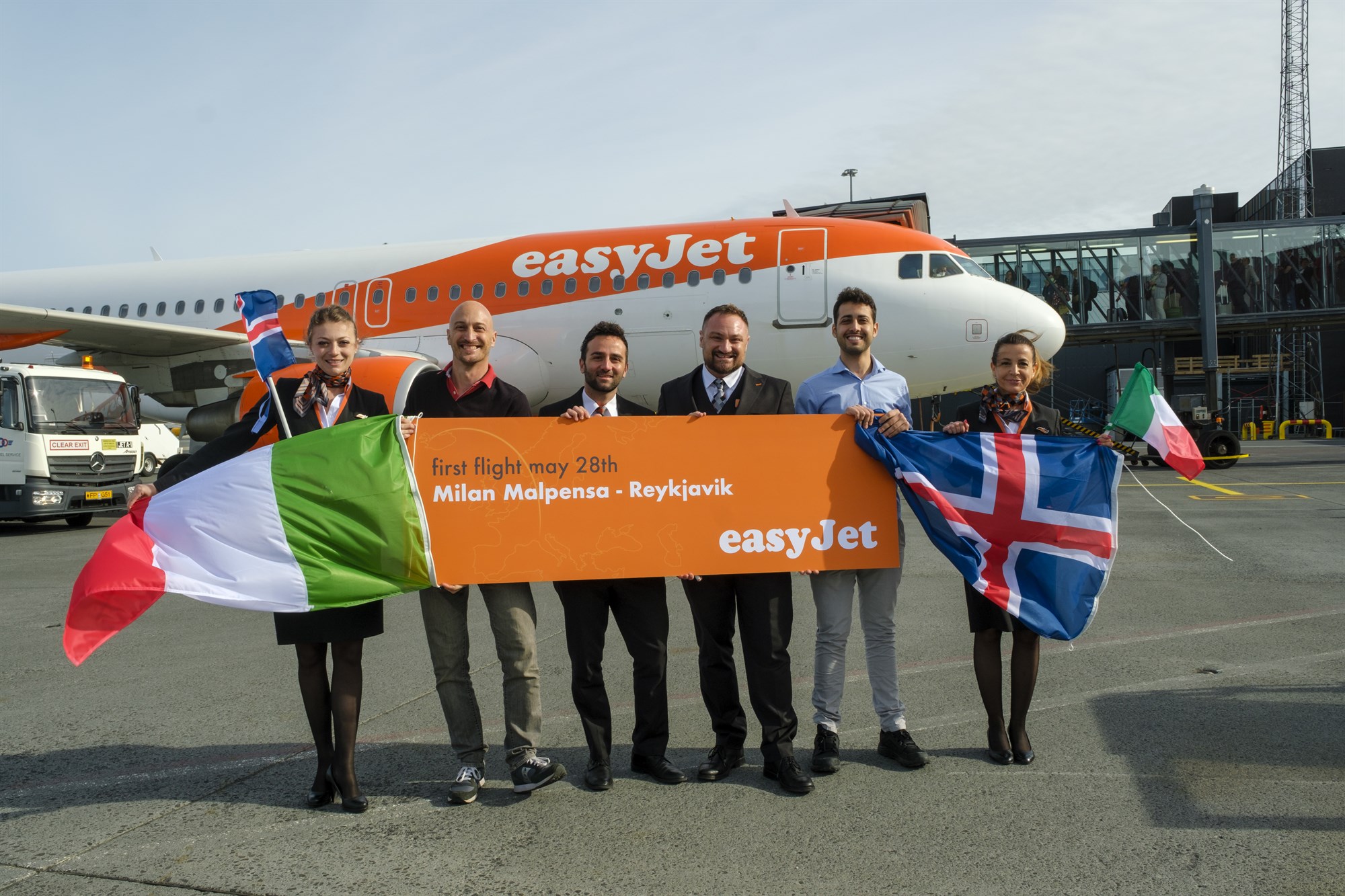 The first scheduled flight of the British airline easyJet from Keflavík to Milan took off from Keflavik International Airport in Iceland on Saturday. Three flights per week are scheduled between Milan and Keflavík during the summer. This is in addition to easyJet flight from Keflavik to London Manchester and Edinburgh. Passengers on the Milan flight on Saturday were offered treats for the trip when they boarded the plane. 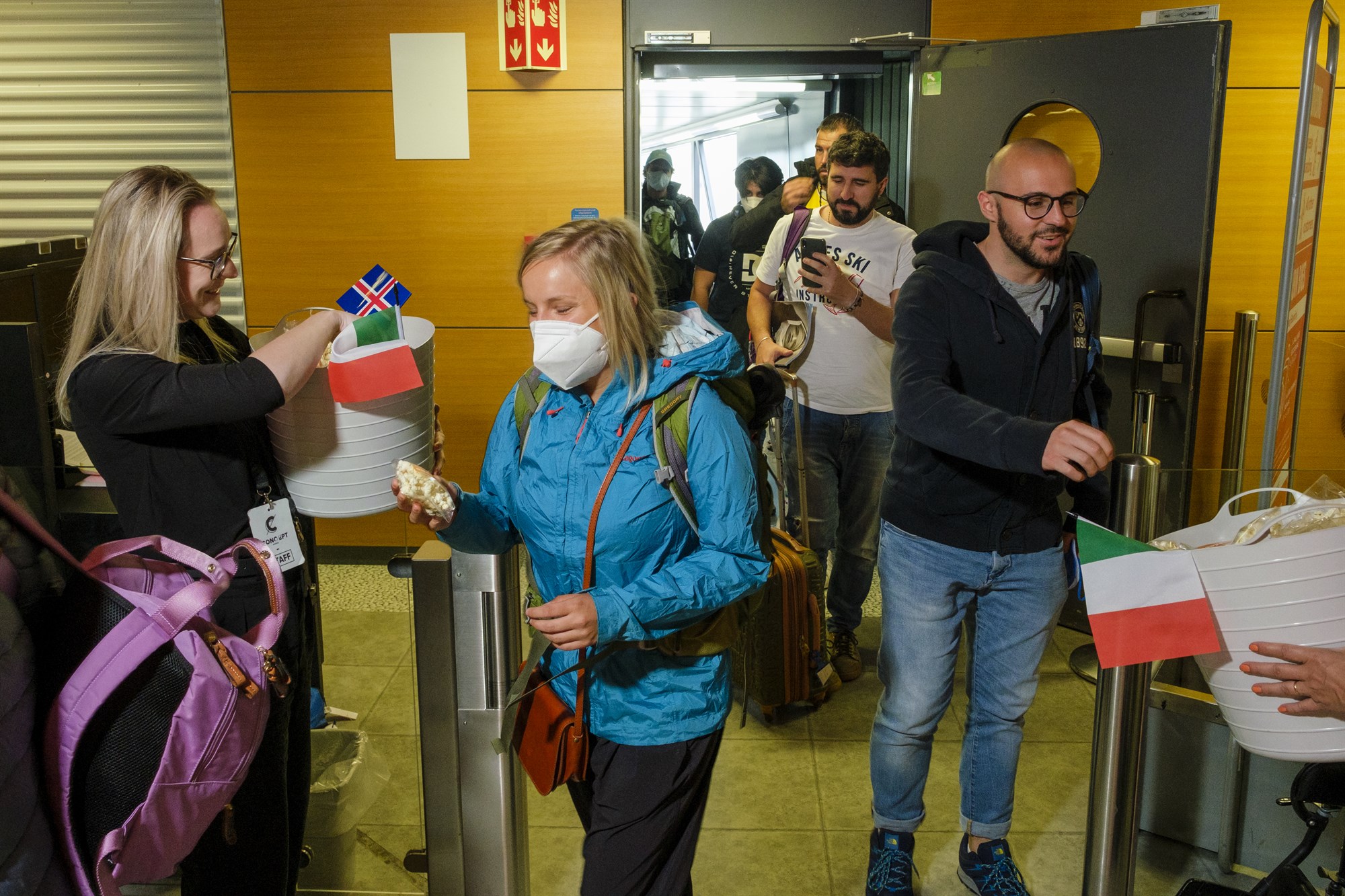 When easyJet announced in April its decision to add Milan to its schedule, Grétar Már Garðarsson, Isavia´s Director of Airline Relations and Route Development, said that it was a gratifying and clear sign of how popular Iceland was as a tourist destination.

Lorenzo Lagorio, Regional Director of easyJet in Italy said the airline’s customers would have the opportunity to experience a country in Northern Europe that offered unique natural beauty.” 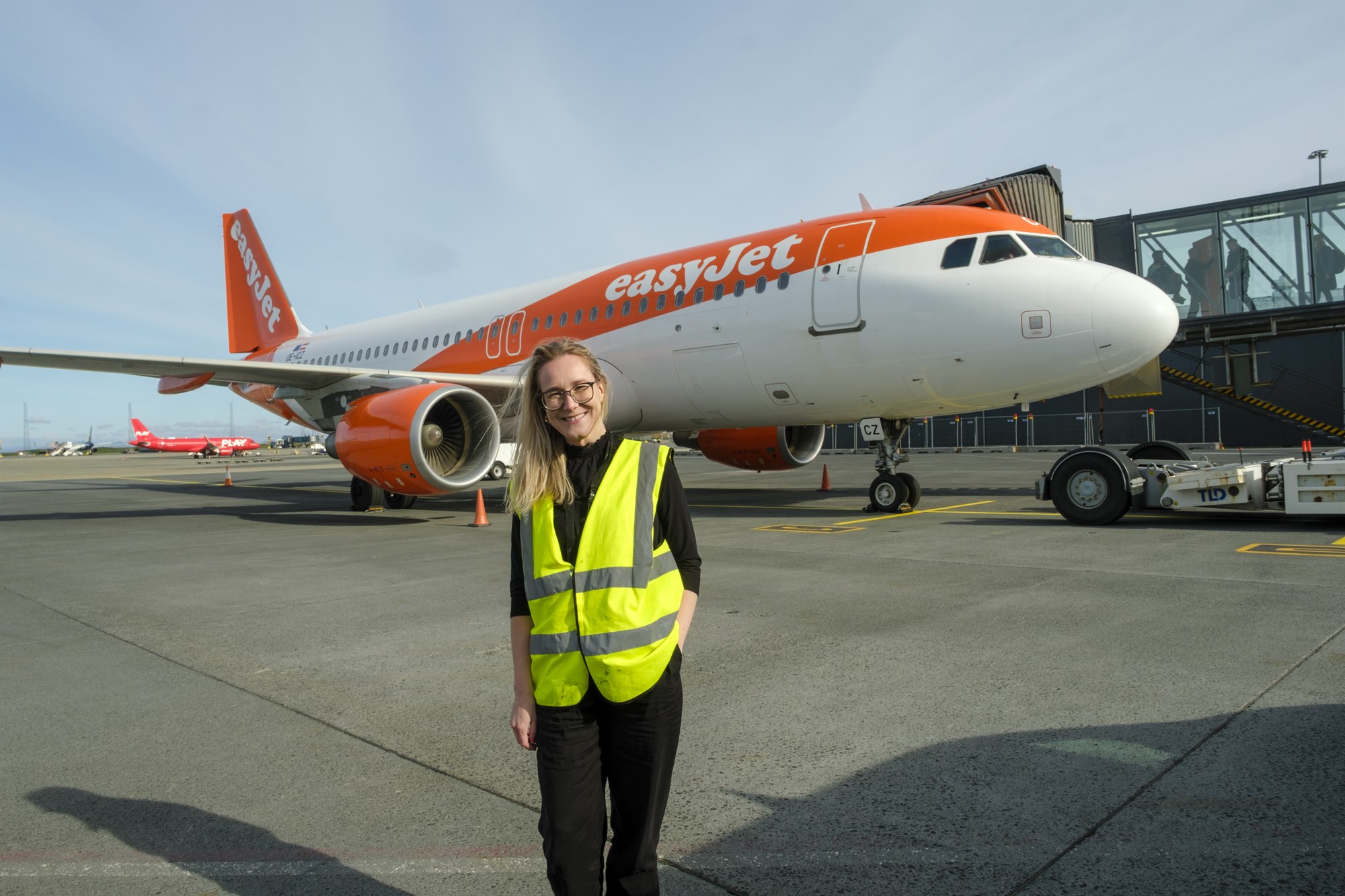 Traffic at Keflavík Airport has increased sharply in recent weeks and a newly published passenger forecast indicates that this year's recovery, after two years of Covid-19 pandemic, will be somewhat faster than previously estimated. New destinations have been added by airlines in recent weeks. They include Icelandair flying to Raleigh Durham in the United States and Play's first flights to Lisbon and Prague.