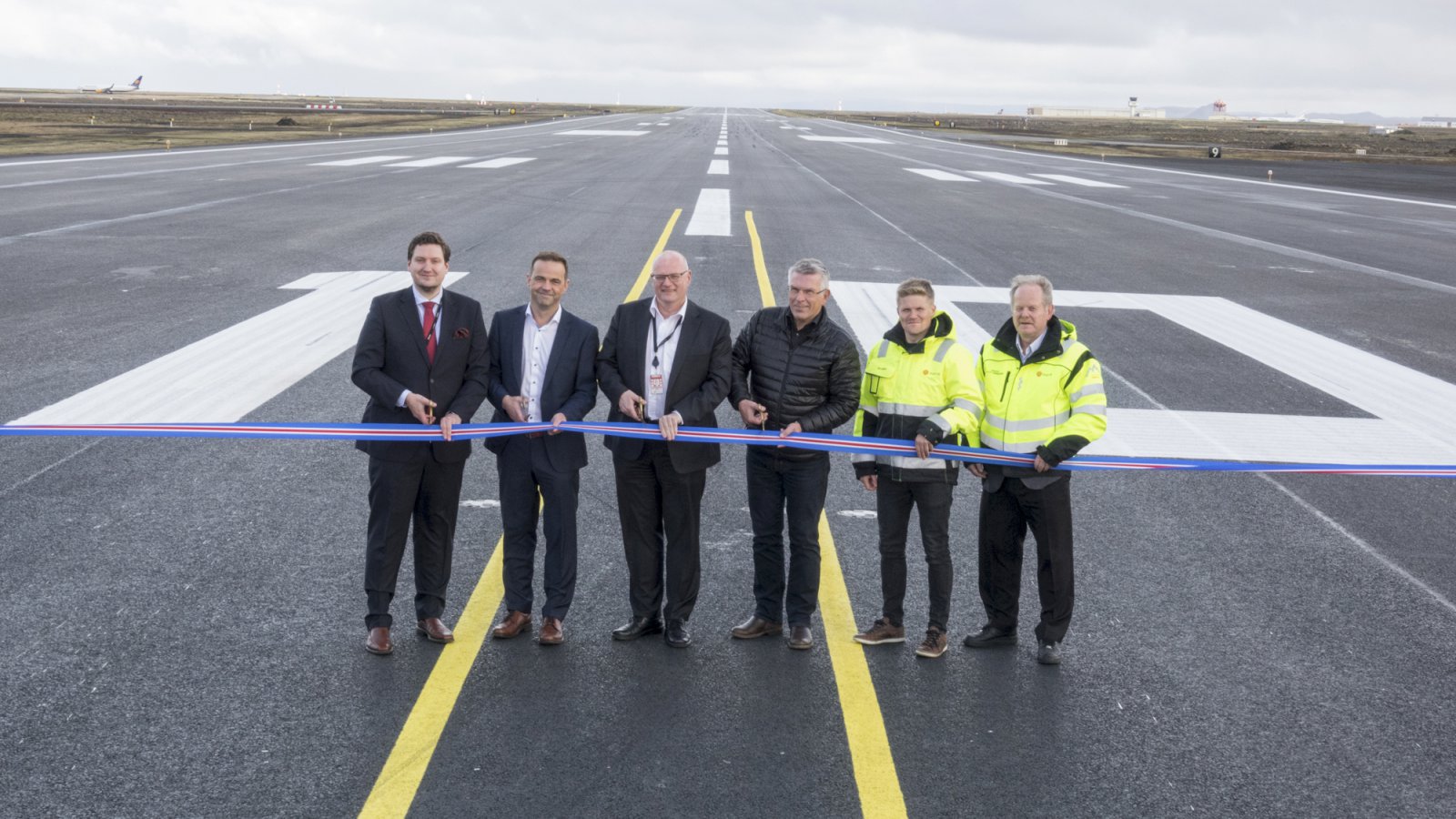 The asphalt paving of the runways at Keflavík Airport has now been completed, and the ribbon was recently cut on the opening of the east-west runway. Work began during the summer in 2016. The overall project was to pave both runways, renew all electrical equipment and change the runway lights to energy saving diode lights.

Equivalent to all asphalt paving in the greater Reykjavík area

Particular care is taken when embarking on asphalt paving at airports to make sure that the surface lasts as long as possible. Such efforts need to be spent every 15 to 20 years. The cost of the project was approximately ISK 7 bn, and the paving part was equivalent to all asphalt paving in the greater Reykjavík area. An asphalt station was constructed within the airport area, and the project required around 100,000 cubic metres of material. Each runway is approximately 60 m wide and 3,000 m long. The asphalt used in the project would be enough to lay a two-lane road 90 km long. At present, the electrical part of the project is nearing completion and has required the instalment of around 3,700 lights and 150 km of electrical cables.

100 employees carried out the work

A project like this, in an airport in full operation, during a record-breaking year, is a challenge. Preparations for the project have been underway for a number of years and extensive consultation had with aircraft operators as regards its division into stages and its progress. A special assessment was made of the utilisation of the airport and whether reduced services during the project would affect the aircraft operations. The assessment showed that for a few days, during both years of the project, it would not be possible to land at Keflavík Airport for a few hours. In actual fact, these occasions have been fewer than anticipated in the assessment, and only a handful of aircraft have had to be diverted due to the project. These were all able to land at Akureyri or Egilsstaðir.

Isavia would like to thank everyone who took part in the project for their excellent collaboration.