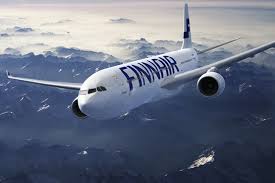 Finnair announces new routes to Reykjavik in the summer of 2017

Between April 11 and October 28, Finnair will fly four weekly flights to Reykjavik. Iceland's lively and modern capital offers an interesting contrast in the land of desolate moonscapes, roiling seas and snow-capped mountains. Reykjavik is within a short daytrip to many of Iceland’s spectacular sights; including the well-known Golden Circle route, which comprises highlights such as the roaring Gullfoss falls, the geothermally-active Haukadalur valley and the world-famous Geysir geyser. Finnair’s new route to Reykjavik will complement the airline’s pre-existing codeshare on services operated by partner Icelandair, offering customers an even greater range of travel options. Once opened, Finnair’s route will offer one of the fastest connections between Asia and Iceland.
“Reykjavik is a fantastic tourist destination and we are very pleased to be able to offer this exciting route to our customers” says Juha Järvinen, Chief Commercial Officer, Finnair.
Finnair flies between Asia, Europe and North America with an emphasis on fast connections via Helsinki, carrying more than ten million passengers annually and connecting 17 cities in Asia with more than 60 destinations in Europe.