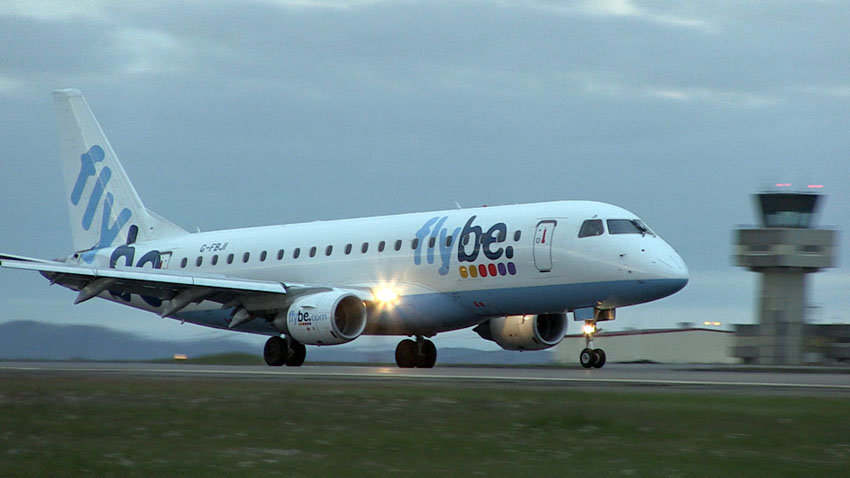 Flybe, Europe’s largest independent regional airline, yesterday (29th June, 2014), celebrated the start of its new fligt to Keflavik that will operate three times a week on a year round basis.   Sunday’s inaugural flight to the Keflavik Airport was especially important as it marked the first scheduled service to the Icelandic airport from Birmingham and the flight was welcomed by a traditional water arc and refreshments for the passengers.

Amongst the passengers was a group of high profile UK journalists accompanied by Flybe’s Routes Director, Fred Kochak who, on arrival, together with the crew and fellow travellers, was honoured to be greeted by the UK Ambassador to Iceland, His Excellency Mr Stuart Gill. 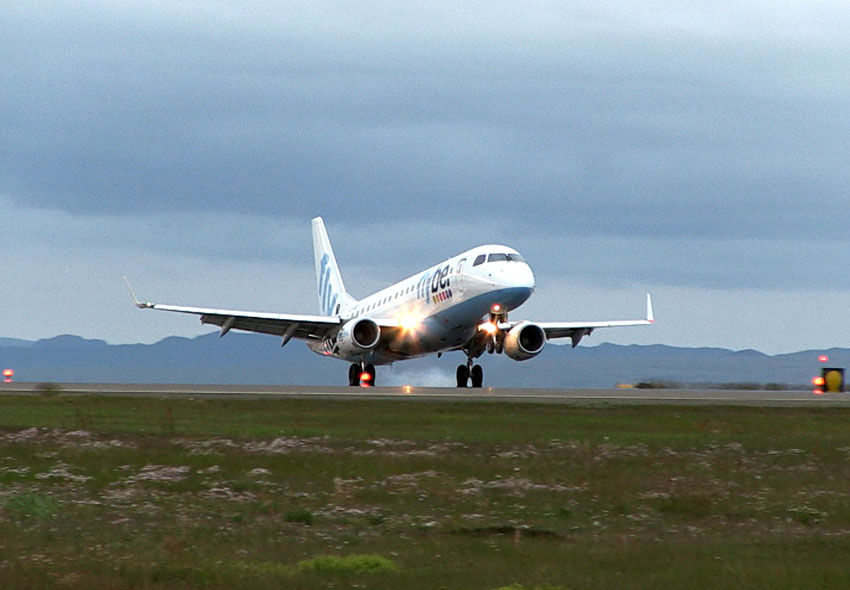 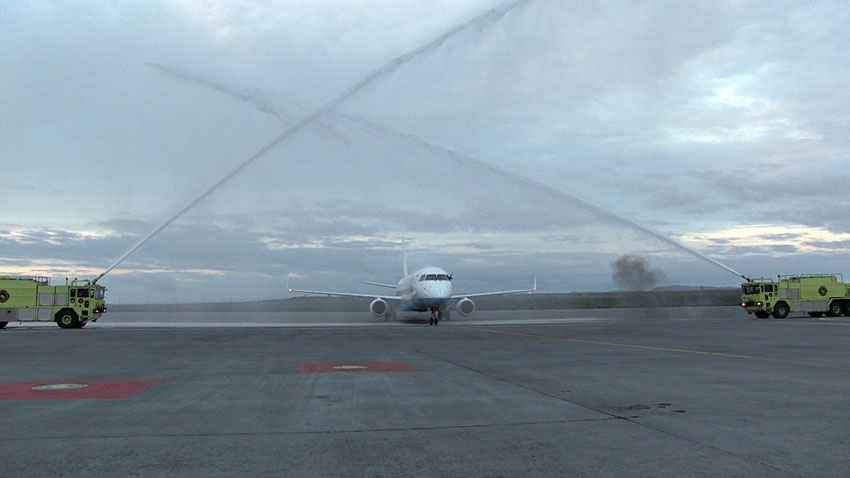 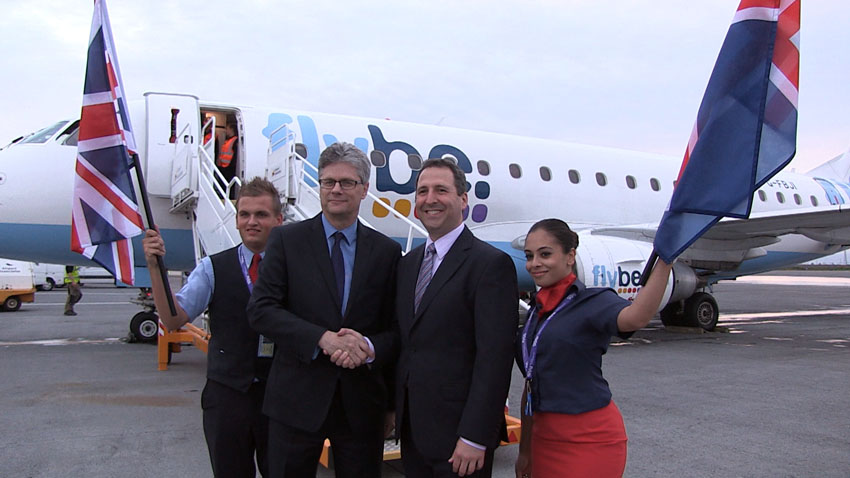 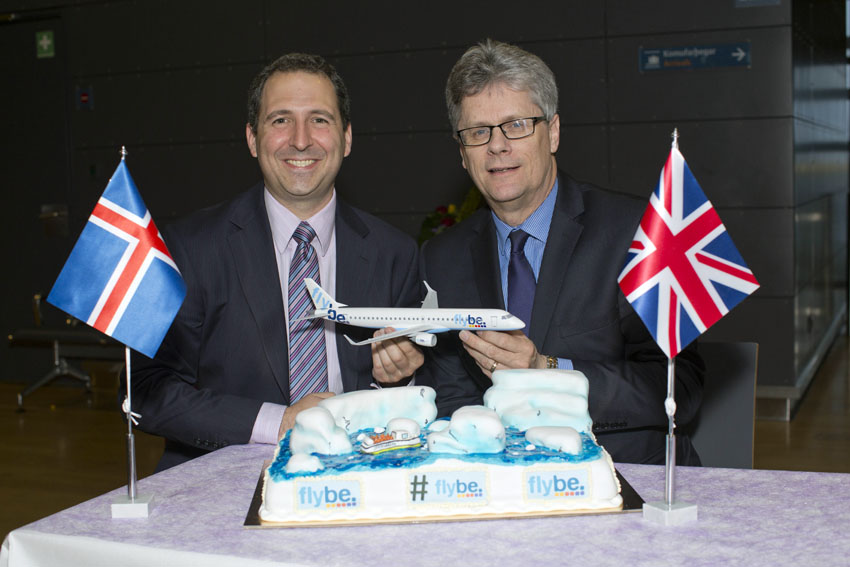 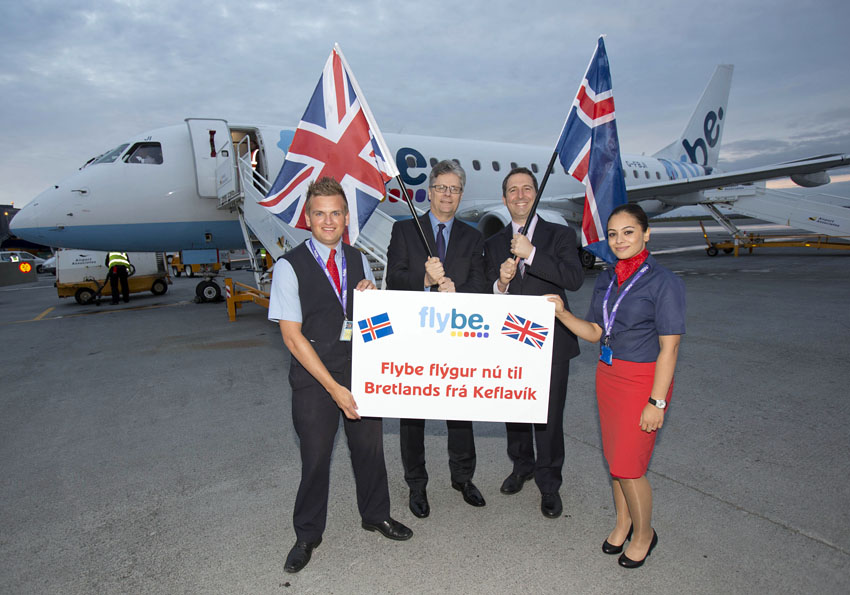