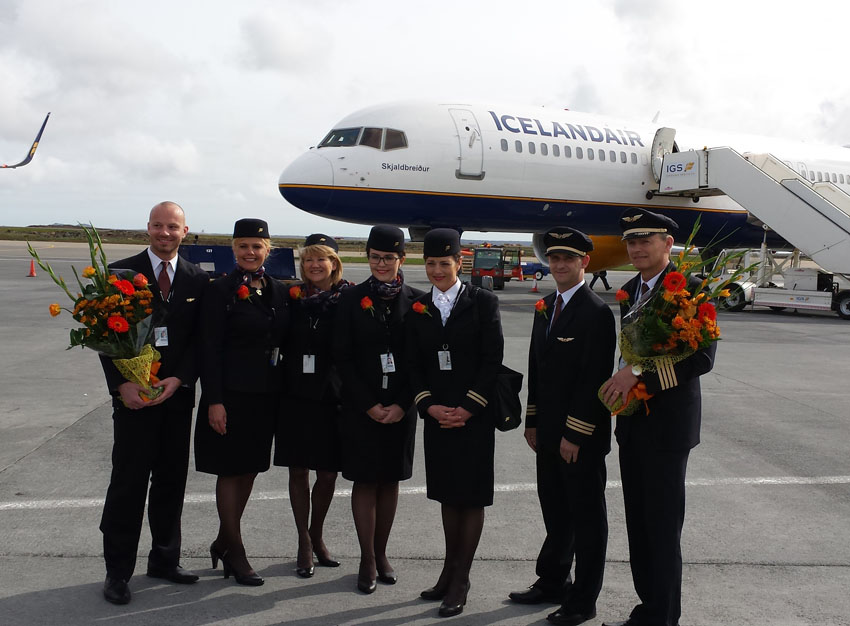 Icelandair opens a new route between Vancouver and Keflavik International

Icelandair opened a new route between Vancouver, Canada, and Iceland, Tuesday, May 13th. The carrier plans two flights per week, on Tuesdays and Sundays, till 12 October.

Extended provisions in the Iceland – Canada Air Transport Agreement that took effect this year allow for new opportunities in flight operations between the two countries and connections with European destinations at Keflavik. Icelandair opened another route to Edmonton last March.

Isavia congratulates Icelandair on opening of the new route.

The crew of Icelandair’s inauguration flight to Vancouver prior to departure at Keflavik International.