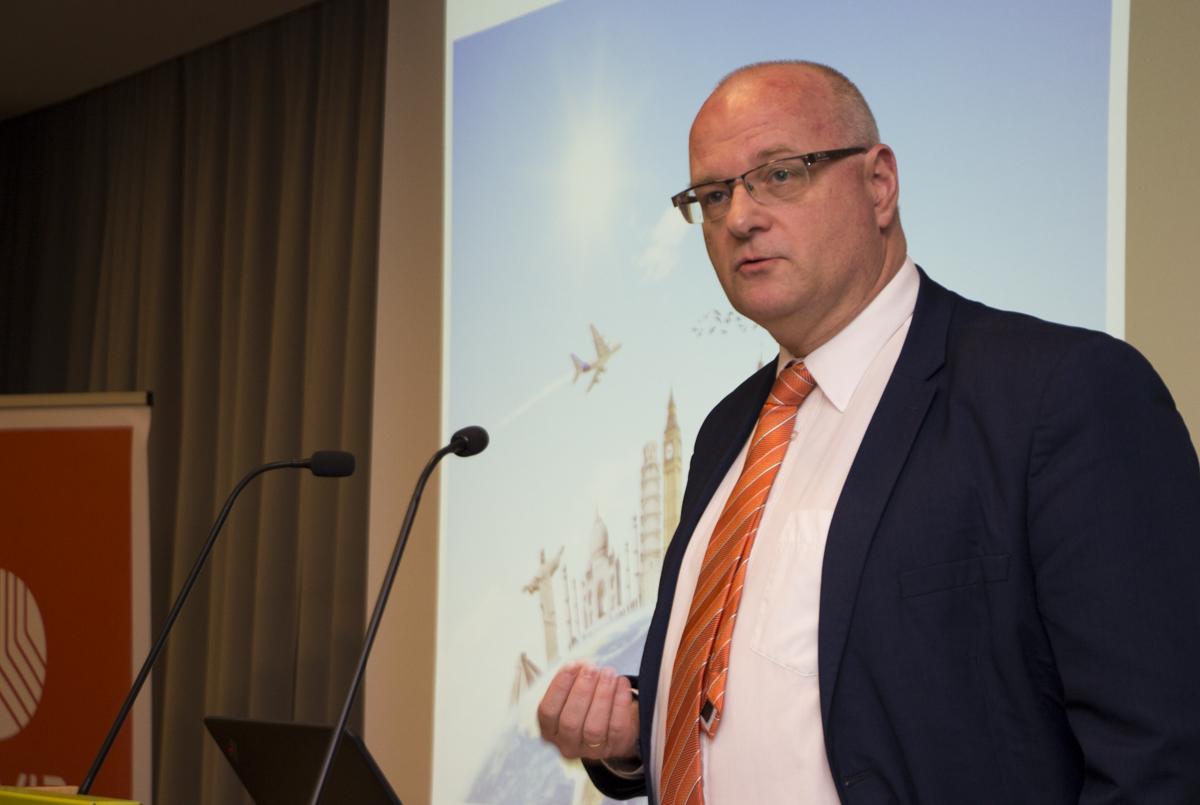 Last Wednesday, November 23rd, Isavia introduced its passenger forecast for Keflavik Airport for 2017. The forecast projects a great increase in passenger numbers, with 8.75 million passengers expected to travel through the airport in the coming year. The increase applies to arriving and departing passengers as well as transit passengers who only stop over on their way across the Atlantic. The most positive signs in the forecast are that the travel industry’s efforts to increase wintertime travellers have been highly successful. Isavia has contributed to this with an incentives system whereby airlines that open up new year-round flight routes are rewarded with a discount on landing charges. With this spread over the whole year, infrastructure is utilised much more effectively. This applies to both Keflavik Airport and the Icelandic road system, hotels and accommodation and all other services. This is therefore a key factor in making tourism a year-round industry.

As an example of the reduction in seasonal fluctuation, the forecast indicates that passenger numbers will increase by 70 thousand between January 2016 and January 2017, compared to the 30,000 increase in each of the summer months. In comparison, in the year 2010, 50% of foreign visitors arrived during the summer months (June to August) and 23% in the winter months (January to March, November and December). The ratio will be reversed in 2017, when it is expected that approximately 35% of foreign visitors will arrive during the winter months and 33% during the summer.
The forecast also indicates that passenger traffic will be more evenly spread across each 24-hour period, making for better utilisation of Keflavik Airport’s facilities. This increased utilisation of facilities is fundamental, as even the ISK 43 billion expansion undertaken in 2012–2017 is not sufficient and more major projects are now being planned at the airport. It will be several years until these major expansions will be fully completed, so it is clear that there will not be a further increase during peak hours. Thereby it is vital for Keflavik Airport’s operations to spread traffic more evenly over the year and the day, as better utilisation of facilities will bring in more operational revenue that can be used for further development of the airport. 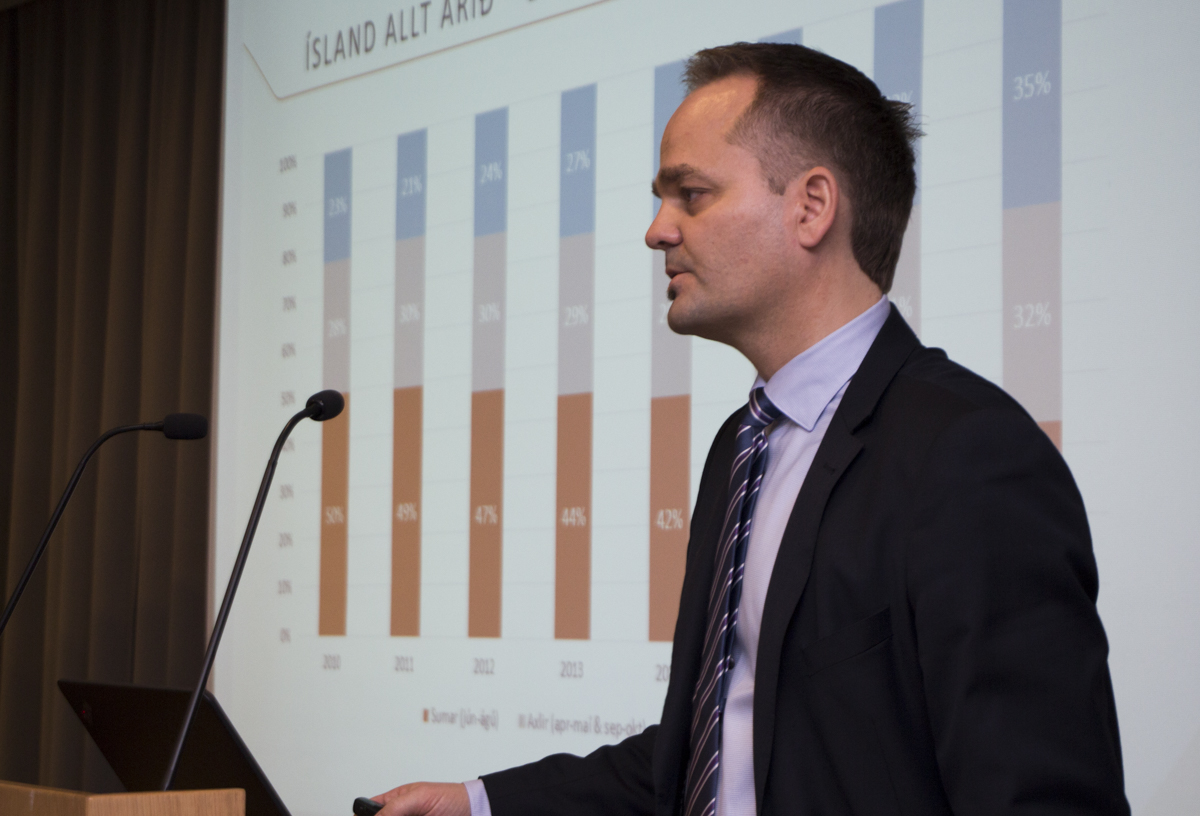 Icelanders travel more than ever before
The passenger forecast for 2017 assumes a 7.4% increase in Icelandic passengers from 2016. These numbers are based on information from Keflavik Airport’s biggest Airline operators. If this proves a, the total number of Icelandic departing passengers will be 563,000 in 2017. Icelanders have never travelled so much before and the record from 2007 will be broken this year and again next year if the forecast for 2017 proves accurate. Icelanders will nevertheless only be 20% of the passengers who travel to and from Iceland via Keflavik Airport. 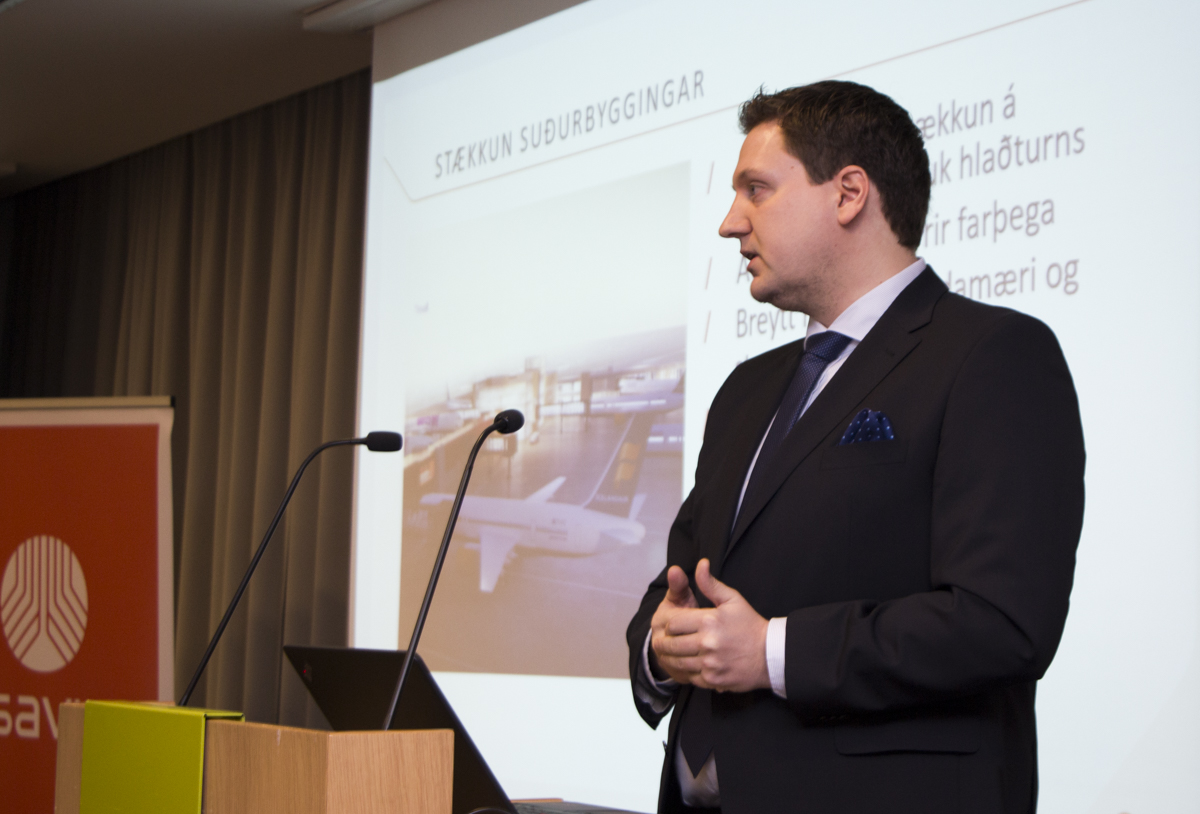 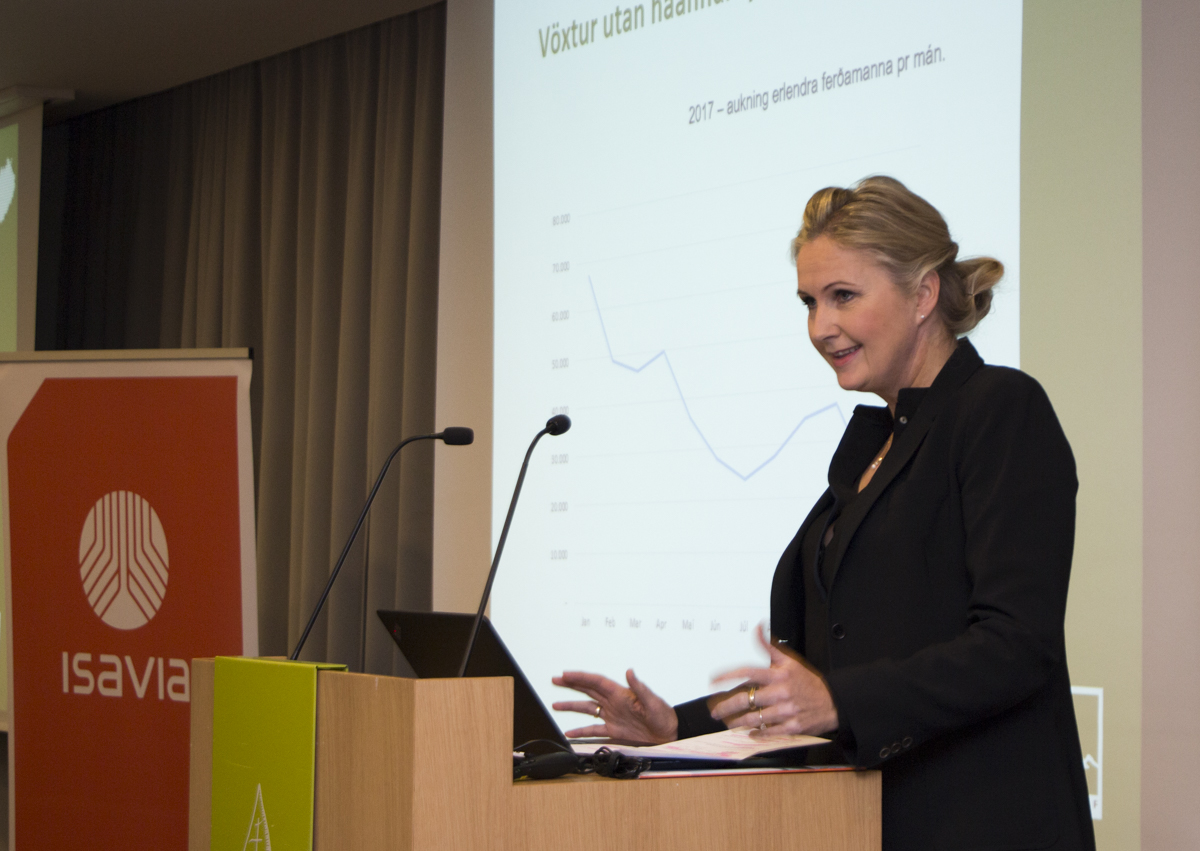 Helga Árnadóttir, Director of the Travel Industry Association (SAF), noted that there is sometimes turbulence in times of success.

Execution of passenger forecast
Isavia makes a passenger forecast for Keflavik Airport at the end of each year. The forecast is based on information about time slots allocated to airlines, and major airlines have been very co-operative in providing information about expected seat availability.
Björn Óli Hauksson, Managing Director of Isavia: “The most pleasing change is that by far the most increase is during the winter months. This is the result of focused marketing efforts and will provide a major boost to the operating basis of the travel industry as a whole, making it into a year-round industry.”