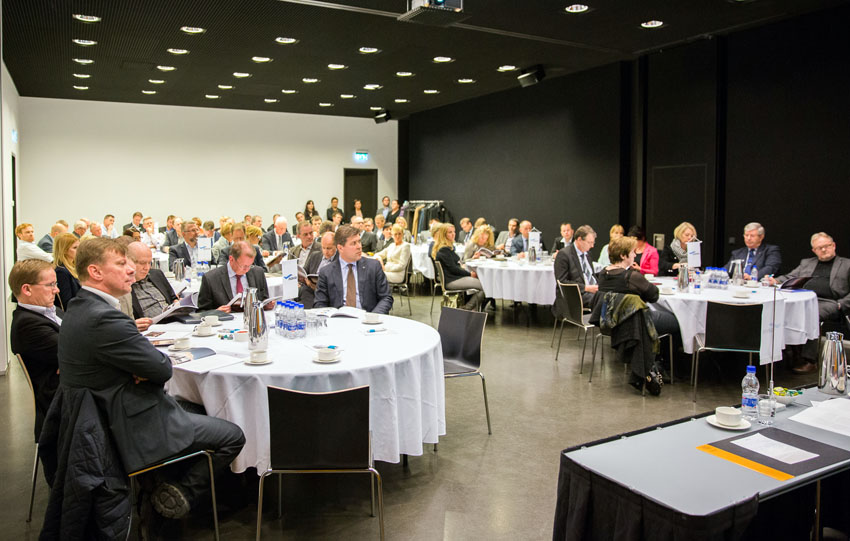 The Isavia Annual General Meeting was held Thursday April 3rd, 2014. Isavia handles the operation and development of all airports and air navigation services in Iceland and one of the leading company in the travel industry.

Business increased last year, continuing the trend of recent years. Revenues totalled ISK 19,810 million, rising by ISK 1,414 million, or 7.7%, from the previous year. Earnings before financial items increased by ISK 421 million, totalling ISK 2,818 million. These results are in line with Company estimates. Financial items were positive by ISK 1,200 million, with the strengthening of the ISK providing a considerable exchange rate gain on loans denominated in foreign currencies.

Total earnings for the year were ISK 3,217 million, an increase of ISK 2,479 million from the preceding year, with income from financial assets and liabilities rising by ISK 2,528 million between years. Total assets were ISK 34,511 million at year-end, including fixed and intangible assets totalling ISK 29,036 million. Interest-bearing liabilities decreased by ISK 2,788 million during the year, of which ISK 1,322 million was due to repayment of loans. The equity ratio stood at 43.1% at year-end 2013, as compared to 34.9% at year-end 2012. For the sake of comparison, the equity ratio was 24.6% when the Company was founded in 2010.

Cash generation continues to be strong, with cash from operations totalling ISK 4,032 million, an increase of nearly ISK 500 million from the preceding year. The Company made investments totalling ISK 2,966 million during the year and paid down long-term loans by ISK 1,324 million. Thus, investments were funded entirely by existing capital. It is clear, however, that significant additional capital expenditures will be needed over the next few years, requiring substantial new borrowings.

The owner, the Icelandic State Treasury, has decided not to take a dividend payout in favour of reinvesting profits to build up capital and make the Company better equipped to make the large investments required by the rapid increase in passenger traffic at Keflavik International Airport.

Leader in the travel industry

Isavia is among the leading companies in the Icelandic travel industry and its incentive program at Keflavik International Airport has directly contributed to the increase in flights to and from Iceland. Seventeen airlines had scheduled flights to Iceland last summer and six over the winter, with passenger traffic increasing by 15.6% from 2012 to 2013.

The Company is now preparing to make further investments at Keflavik International Airport in response to the increased traffic to ensure that air operators and passengers will continue to receive excellent service. The Company expects to invest about ISK 9 billion over the next two years to increase capacity at Keflavik International Airport, including the construction of an extension to the west wing of the airport's southern terminal with additional departure gates to handle more passengers. Work has also begun on expanding the airport's baggage system and significant improvements to the shops and restaurants section are planned. In total, the Company expects to spend more than ISK 15 billion over the next two years in building new facilities and maintaining existing ones.

The Company operates the Icelandic domestic airport network pursuant to a service contract with the Ministry of the Interior, but has had to contend with cuts in funding to this service in recent years. Thanks to efficient cost-cutting measures the Company has been able to maintain service standards despite the reduced funding, but it is clear that further cuts will affect services.

Isavia's subsidiaries include Fríhöfnin (Duty Free Iceland) and the software company Tern Systems. Significant changes and improvements were made to Duty Free Iceland in 2013; new shops were opened, a brand new website was launched and the company's visual identity was updated. Duty Free Iceland received numerous awards in 2013 and was named the best duty free store in Europe, in addition to several Icelandic awards. Headed by Ásta Dís Óladóttir, Duty Free Iceland has about 180 employees.

For more than 25 years, Term Systems has designed and produced air traffic control and air traffic controllers' training software, which is used in Iceland and several countries in Europe, Asia and Africa. Tern Systems has about 35 employees and also has access to its parent company's resources if need be.   Tómas Davíd Thorsteinsson is the Managing Director of Tern Systems.

The Isavia group is expected to have combined revenues of about ISK 21.2 billion in 2014, a third of which will be in foreign currencies. Earnings are expected to be similar as in 2013. New borrowings are planned to fund improvements of the air terminal and other facilities at Keflavik International Airport.

The Minister of Finance holds all shares in the Company on behalf of the State Treasury. Elected to the Board of Directors were Heida Kristín Helgadóttir, Ingimundur Sigurpálsson, Matthías Páll Imsland, Sigrún Traustadóttir and Ragnar Óskarsson 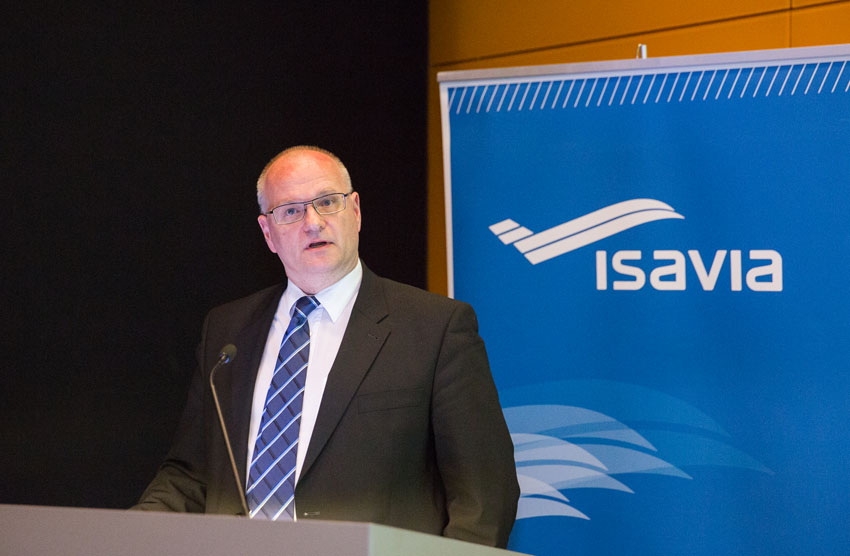 "The goals set when Keflavik International Airport and Flugstoðir merged to form Isavia back in 2010 have been achieved. The Company is ready to make the necessary investments to meet the increase in the number of travellers to Iceland. Passenger traffic at Keflavik International Airport was 3.2 million in 2013, an increase of 54% from 2010. Passenger traffic is expected to top 7 million by 2023. This rapid rise in the number of passengers will require significant development of airport facilities in the coming years.

The Company's performance is good and in line with the plans that have guided us in recent years and are designed to allow the Company to fund the investments needed at Keflavik International Airport. Significant work has already been done; for instance, we have begun expanding the airport's baggage sorting system to double its capacity. The next step is to expand the airport's southern terminal with six new departure gates and waiting areas for passengers. This work has already started. Recently we also announced changes to the airport's shop section and requested bids for shop spaces. In this way we have laid the groundwork for the future development of the airport which should fuel the Company's continued growth." 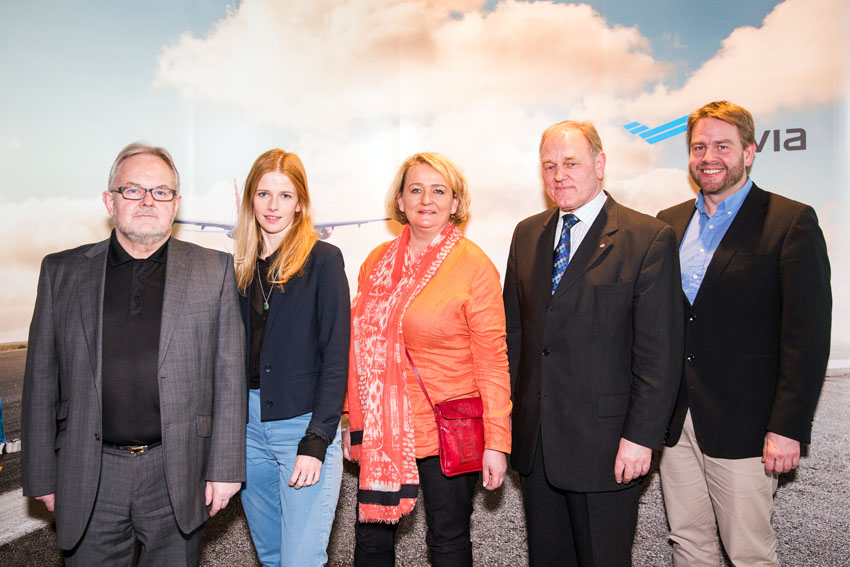