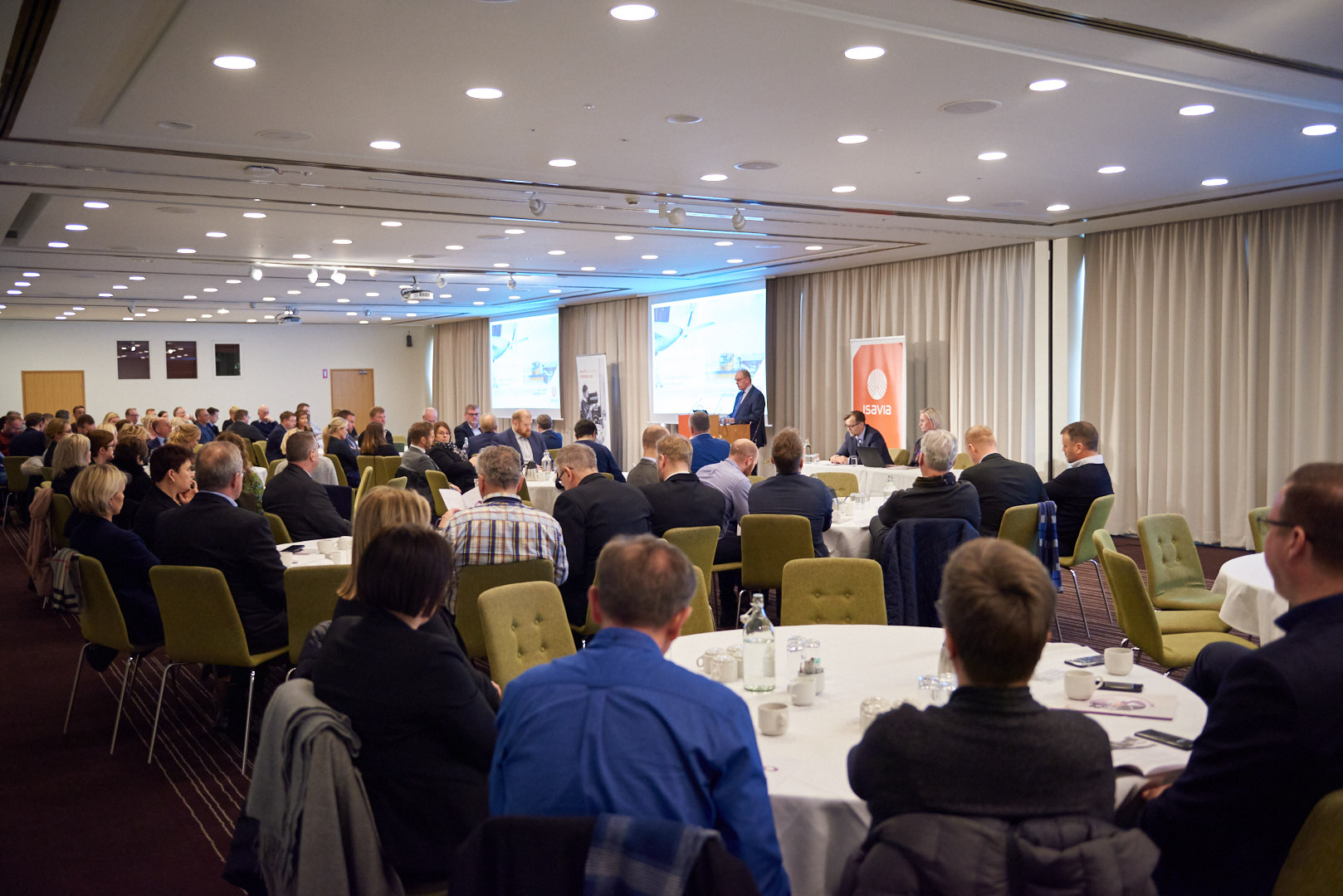 ISAVIA´S INCOME INCREASED BY 10% BETWEEN YEARS

Isavia’s 2018 annual financial statements were approved during the company’s Annual General Meeting (AGM) on March 21st. The year’s operation was a success, and operating results were in line with the company’s predictions. The company’s income amounted to ISK 41.8bn, a 10% increase between years. The majority of the income can be traced to airport services and goods sales. The number of passengers passing through Keflavík Airport increased by 12% between years, or from 8.8m to just slightly more than 9.8m; aircraft passing through the Icelandic air traffic control area increased by slightly more than 6%; and domestic flight passengers decreased by around 4.5%.

Operating results before depreciation, financial items and taxes (EBITDA) amounted to ISK 11.3bn, an increase of slightly less than 15% between years. The overall results amounted to ISK 4.3bn and increased by approximately ISK 300m from the preceding year, or 8%. Return on equity was 12.9%.

The total consolidated assets amounted to ISK 79.8 billion at year-end 2018, an increase of ISK 7.3bn between years. Of this amount, ISK 57.2bn can be traced to tangible assets. The equity position increased by more than ISK 4.3bn, which led to a 44.2% equity ratio, an increase of 1.5% from the previous year.

Ingimundur Sigurpálsson, Chairman of the Board of Directors of Isavia, addressed the meeting and began by reminding the attendees that although 2018 had been a successful year, the rapid growth from previous years within the sector has been slowing down. He also made mention of the development needs of Keflavík Airport despite the expected decrease in the number of passengers to Iceland in 2019. 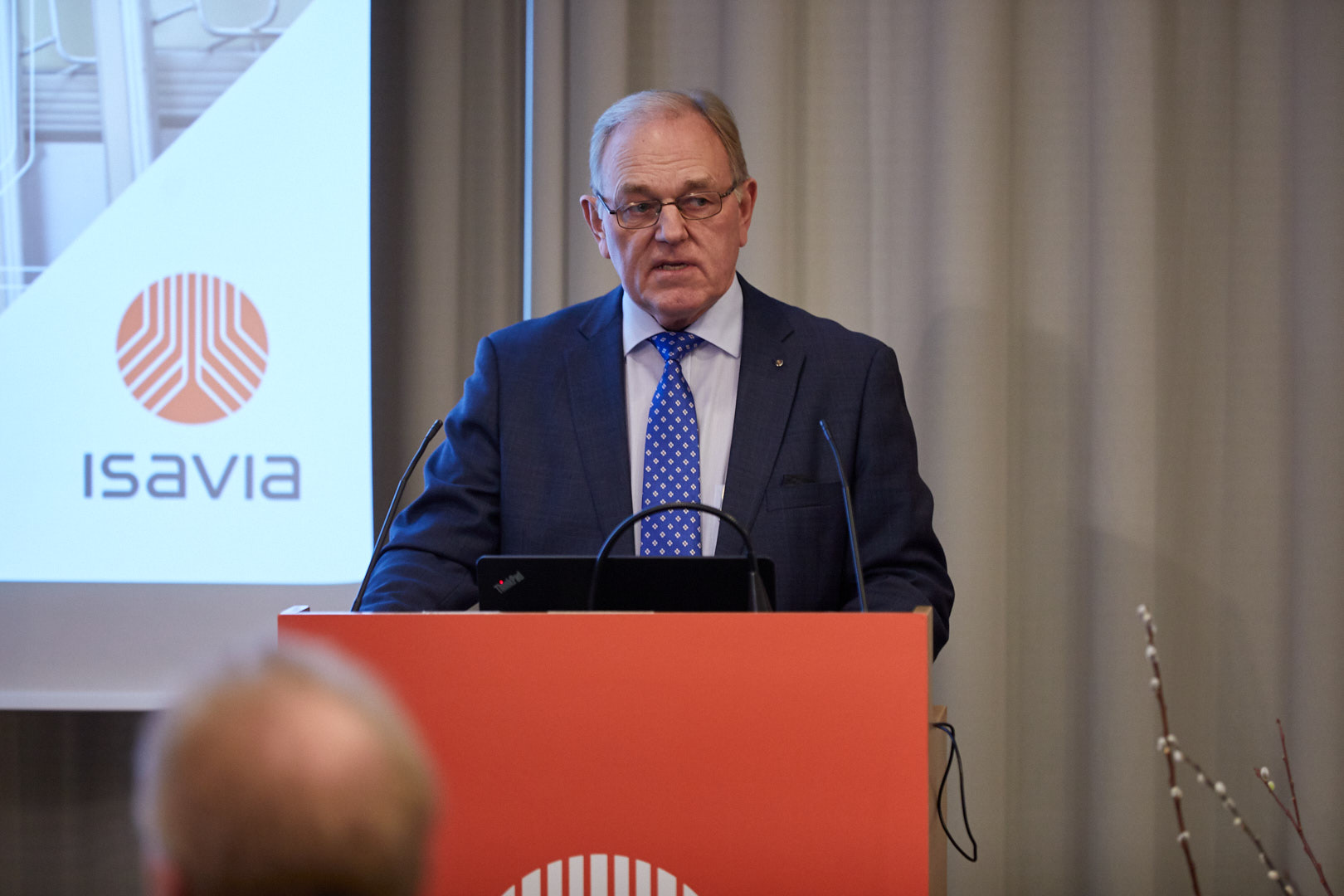 “During the summer of 2018, 30 airlines flew from Keflavík Airport to more than 100 destinations and 10 airlines operated from the airport throughout the year. Keflavík International Airport is operated in an international competitive environment, and if it is to keep its position and accept greater numbers of passengers, further development is vital,” said Ingimundur.

He mentioned that work is presently being carried out on organising and planning construction stages based on the increased number of passengers and that development plans have been submitted for environmental assessment. Work has begun on the design of an improved linking building, and this is expected to be brought into full use in 2023. Preparations have also begun on the development plans with invitations to tender for project management, which are expected to be settled in October this year. The process marks the beginning of a new passenger wing, the East wing, and air terminal. Construction is expected to begin in 2021, with the first phases coming online in 2024 and 2025.

Ingimundur reviewed the important steps that Isavia has taken as regards the company’s social responsibilities. Isavia was granted equal pay certification at the close of 2018, and steps have also been taken as regards environmental issues within Isavia operating centres. Isavia has set itself goals relating to the global United Nations’ Sustainable Development Goals. In addition, Isavia issues its annual and social responsibility report for the third year in accordance with GRI (Global Reporting Initiative) criteria and this time in web format only.

Finally, Ingimundur thanked Isavia’s Board of Directors for its excellent collaboration during the past six years and announced that he would be stepping down as Chairman and resigning from the Board.

Increase in the Number of Passengers Last Year Despite Difficulties

Björn Óli Hauksson, Managing Director of Isavia, said that 2018 had been an eventful year despite difficulties in the aviation sector. The number of passengers, however, did increase by 12% over the past year, although Isavia is expecting a decrease in their number in 2019. This can be traced to uncertainties in the market as well as the technological and operating difficulties of aircraft operators. 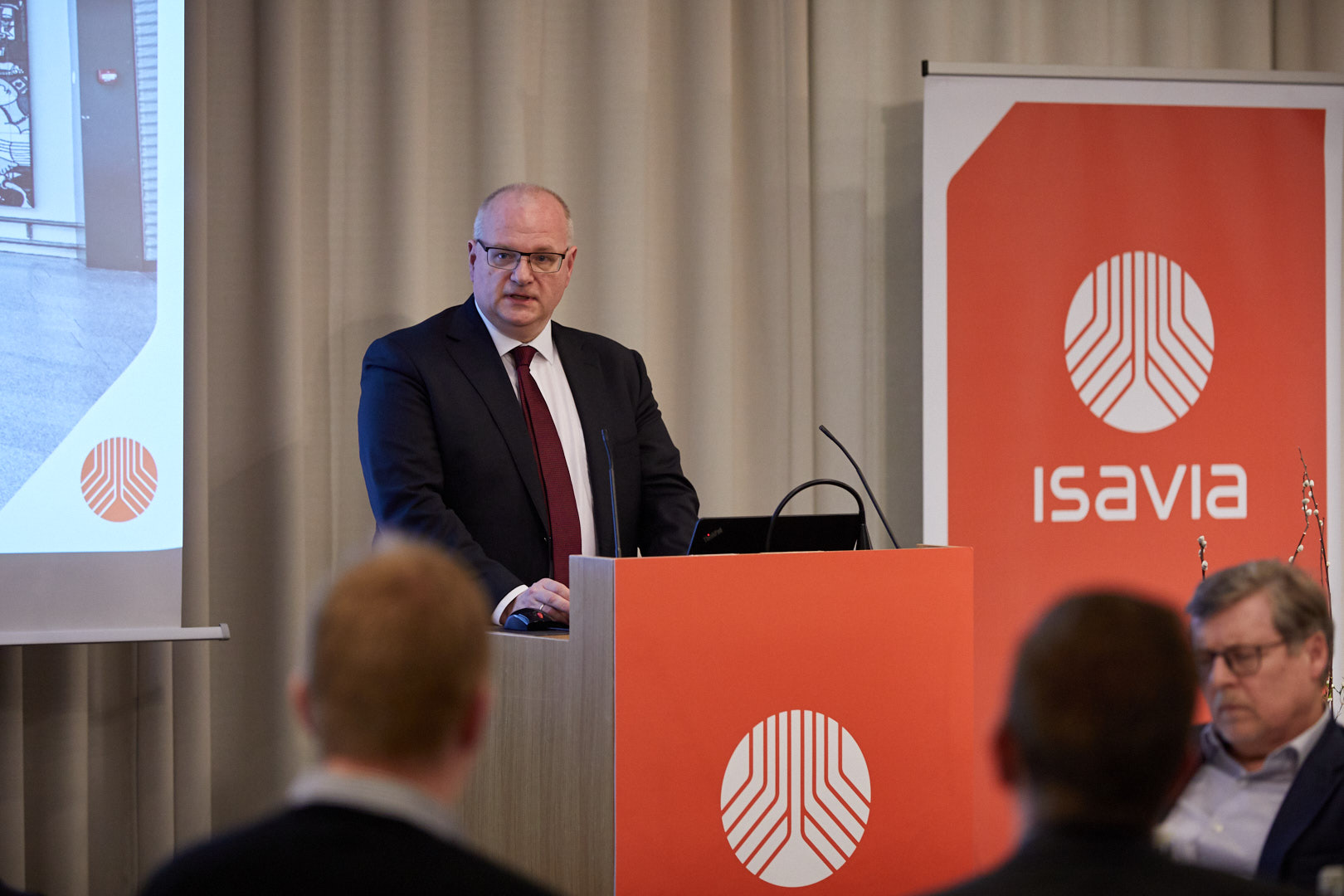 “Isavia and its predecessors have at all times endeavoured to support its customers. It is in the interests of Keflavík Airport that as many airlines as possible can take advantage of the services that we offer. One must keep in mind, however, that we cannot and of course do not want to discriminate between aircraft operators. As long as there is sufficient room at the Airport and aircraft operators are ready to abide by the terms and conditions set by the Airport, they are most welcome,” said Björn Óli.

Óli Björn mentioned the development needs of Keflavík Airport and the importance of the largest carriers.

“To make it possible to continue with necessary developments at Keflavík Airport, to fulfil service goals based on the current number of passengers and to grow in the future – it is important that the current usefulness of Keflavík Airport infrastructure does not decrease. The route networks of Icelandair and WOW air are based on achieving full utilisation of the capacity of the Keflavík Airport infrastructure over short periods at a time during the day. If we should lose a proportion of this income, this would have an impact on our ability to embark on further development and would have negative effects on all users of the Airport.”

Óli Björn also mentioned the position of the airport systems for domestic flights. State contributions have decreased considerably at the same time as accrued maintenance and renewal needs have grown. The authorities realise that system is underfunded, but the final solution that fulfils the overall interests of the flight sector in Iceland has not been decided.

Óli Björn stated that he worried that a solution to the problems facing the domestic airport system would consequently cause the price lists of all the airports within Iceland to rise at the same time that the aircraft operators were dealing with problems with their operations. Isavia follows the instructions of the authorities, the owner of Isavia, but everyone needs to be aware that if the price lists are raised, developments at Keflavík Airport might have to be severely restricted. Such actions would have a significant impact.

Isavia´s New Board of Directors

Isavia’s new website containing its social responsibility report was also presented at the AGM. This is the first time that it is issued in electronic format only and not in print. The website also contains the company’s annual financial statements and key figures relating to its operation. In addition, the website contains information on points of focus in environmental and social issues, the results of the past year and the policies that have been established for the coming year.