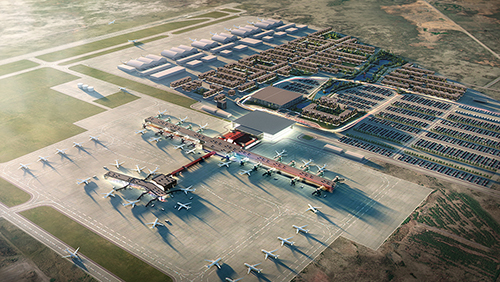 The Master Plan for Keflavík International Airport was presented at a meeting of stakeholders today. The Master Plan was first presented this past spring, and a comprehensive stakeholder consultation process has since taken place, with the resulting revised Master Plan presented today. Construction will begin at the end of 2016, and the work will be conducted in phases.

The Master Plan is based on development plans for the tourism sector. According to the recently published Tourism Plan, currency income from the sector will increase significantly, from ISK 350 billion in 2015 to more than ISK 620 billion in 2020 and reaching over ISK 1,000 billion by 2030. These amounts are staggering considering the fact that expected foreign currency revenues for the entire economy in 2015 are about ISK 1,140 billion. Tourism’s share of exports grows continuously and was just more than 28% last year, while the share of the historical pillar of Iceland’s economy, the marine sector, was 23%.

The expansions will be conducted in several phases, the size of each determined by the magnitude and speed of the increase in tourism. It is clear that the first phase will be significant due to the accrued need for expanded capacity. The State of Iceland, as the owner of Isavia, will not need to contribute capital for the expansion, as Isavia’s financing opportunities are ample and there is potential to involve other parties.