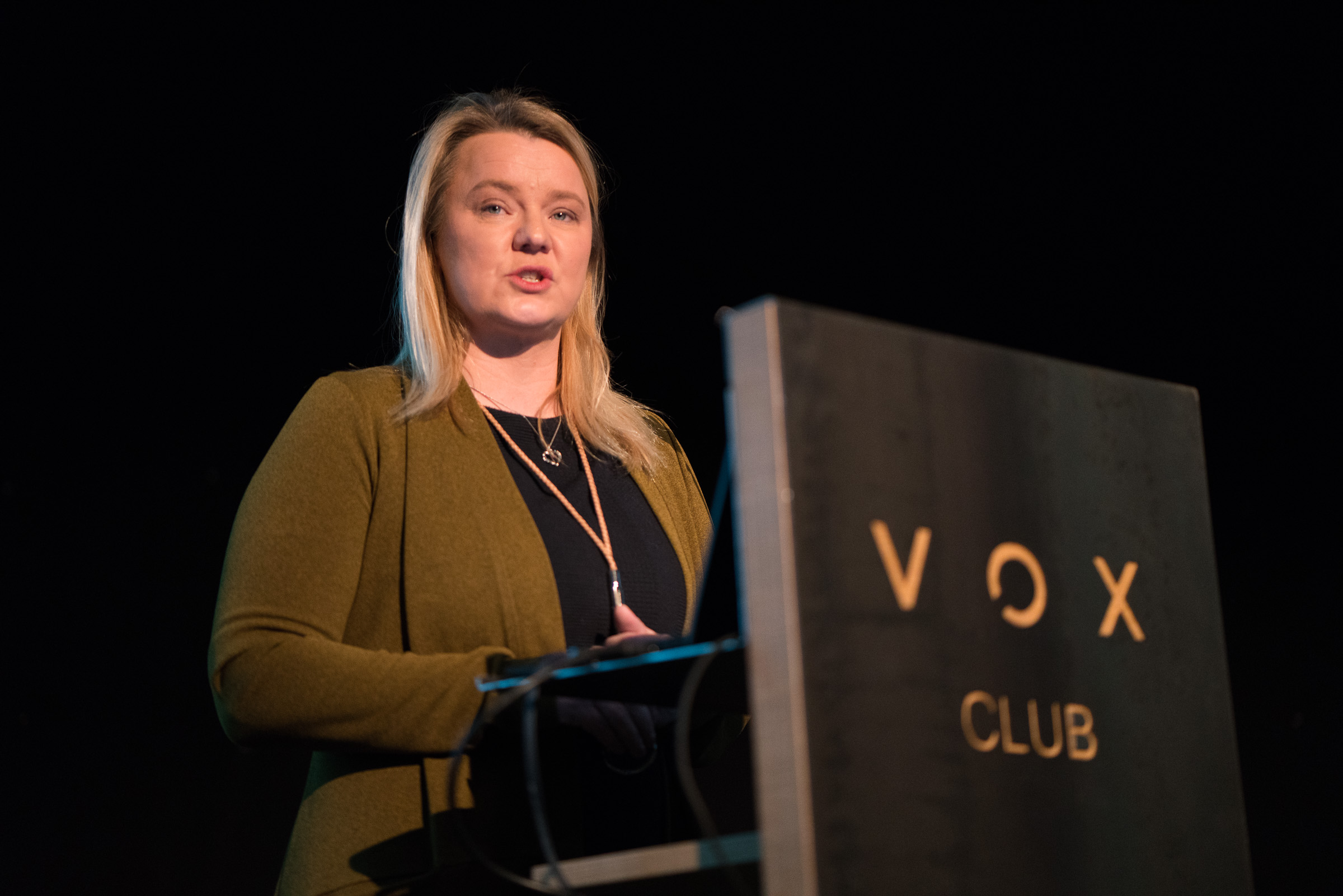 Over 10 million passengers will travel through Keflavik Airport in 2018

At the annual Isavia morning meeting, which was held at Hilton Nordica this morning, Isavia announced a new forecast for passenger numbers for Keflavik Airport in 2018. Dr. Huginn Freyr Þorsteinsson discussed the impact on Iceland of Keflavik Airport being an exchange point between continents. Ásta Kristín Sigurðardóttir, Managing Director of the Icelandic Tourism Cluster, introduced Startup Tourism’s business accelerator, which has helped a number of tourism companies to establish themselves.

Hlynur Sigurdsson, Managing Director of Commercial Division at Keflavik Airport, presented the Isavia passenger forecast. According to the forecast, 10.4 million passengers will travel through Keflavik Airport next year, 18% more than this year. The greatest increase is in the number of transfer passengers using the airport as a stopover between Europe and North America, or 33%. The increase in arrivals and departures is relatively lower than in previous years, 10%, although the increase is still considerably higher than the increase in average passenger traffic in Europe and North America. If the forecast for each month is examined, the tourism industry’s marketing campaign and Isavia’s incentive system, focused on increasing the number of tourists outside the summer period, continue to deliver significant results. Thus, the increase in passenger numbers in June, July and August is expected to be 4%, but the increase outside of peak times will be in the range of 10–20%, and the month of January 2018 will be greater in terms of passenger numbers than June 2015. The figures show that tourism has established itself as a year-round industry. 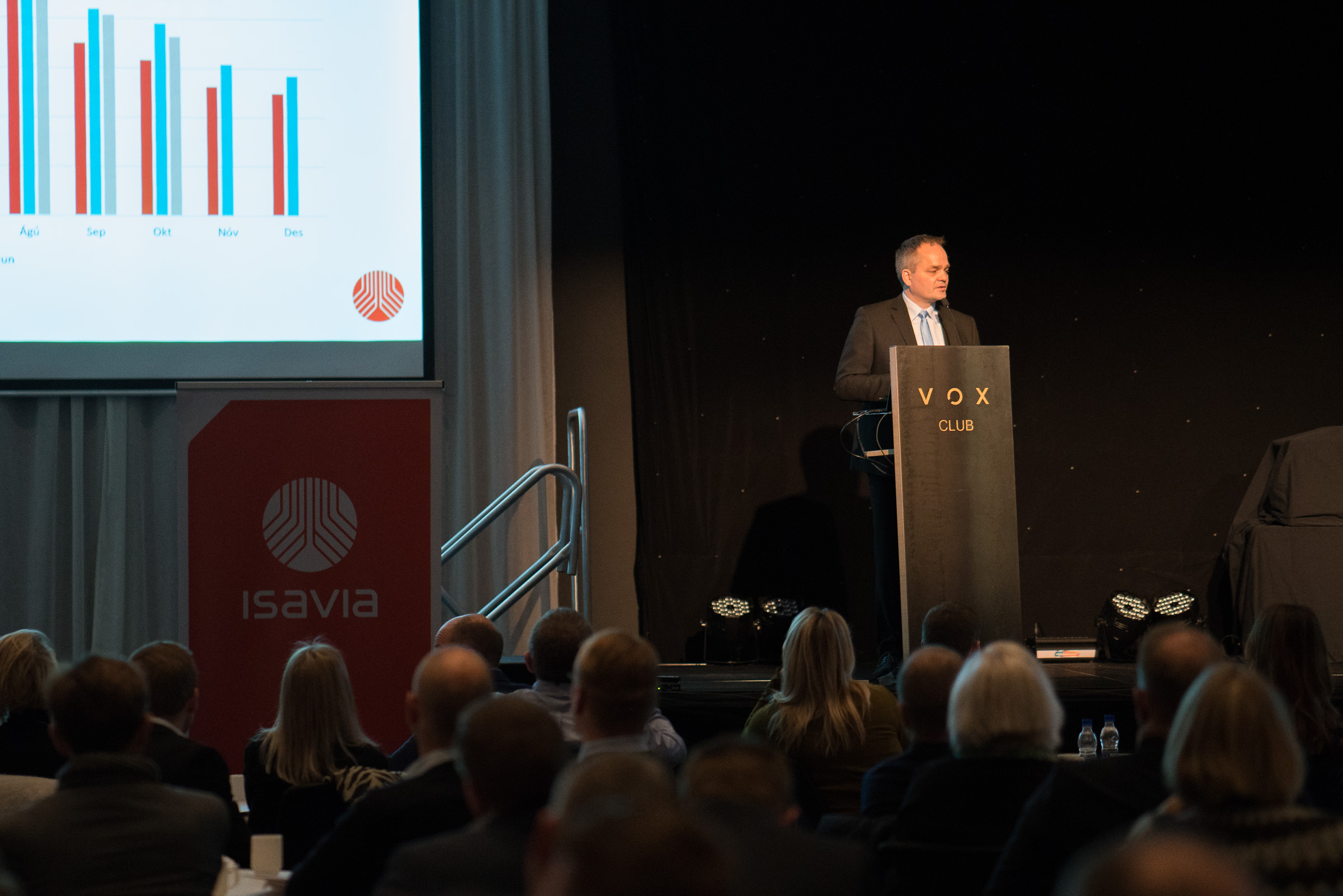 The increase in passengers passing through Keflavik Airport has been rapid in recent years. In 2010, just over two million passengers travelled through the airport. If the forecast is correct, the number of passengers will have increased fourfold in eight years and almost doubled since 2015. There are a number of challenges with such rapid growth, and Isavia has invested tens of billions of Icelandic kronur in construction projects to meet this growth, as well as increased its staff numbers very rapidly. Continued development is in the cards for the airport, and it can be expected that Isavia will carry out construction work for over ISK 15 billion in the coming years. Despite this large increase in the number of passengers, the staff at Keflavik Airport have well been able to maintain customer service levels. Hlynur went over the results of the ASQ surveys, which are co-ordinated international customer service surveys conducted by Airports Council International. According to the results, passengers are pleased with the customer service at Keflavik Airport, and although the rating has decreased from its highest point, the airport is still one of the best rated airports in Europe in terms of customer service quality.

What do transfer passengers bring to the nation?

At the meeting, Dr. Huginn Freyr Þorsteinsson, consultant, specifically discussed the increase in transfer passengers through Keflavik Airport and the many benefits it entails. A number of studies show that strong transport links between countries result in a better quality of life for the inhabitants. The increase in transfer passengers significantly increases air connections to Iceland, whereby airlines can fly to destinations that would not be as profitable if they were only marketed as trips to and from Iceland. Connecting flights have thus become an important foundation for the expansion of flights to Iceland, and in the future, consideration must be given to how the Icelandic economy can use that foundation even better in order to increase living standards. Huginn Freyr discussed several aspects in this regard, such as the increased competitiveness of Iceland, the opportunity to attract a variety of operations, support for exports and a decrease in the price of goods. 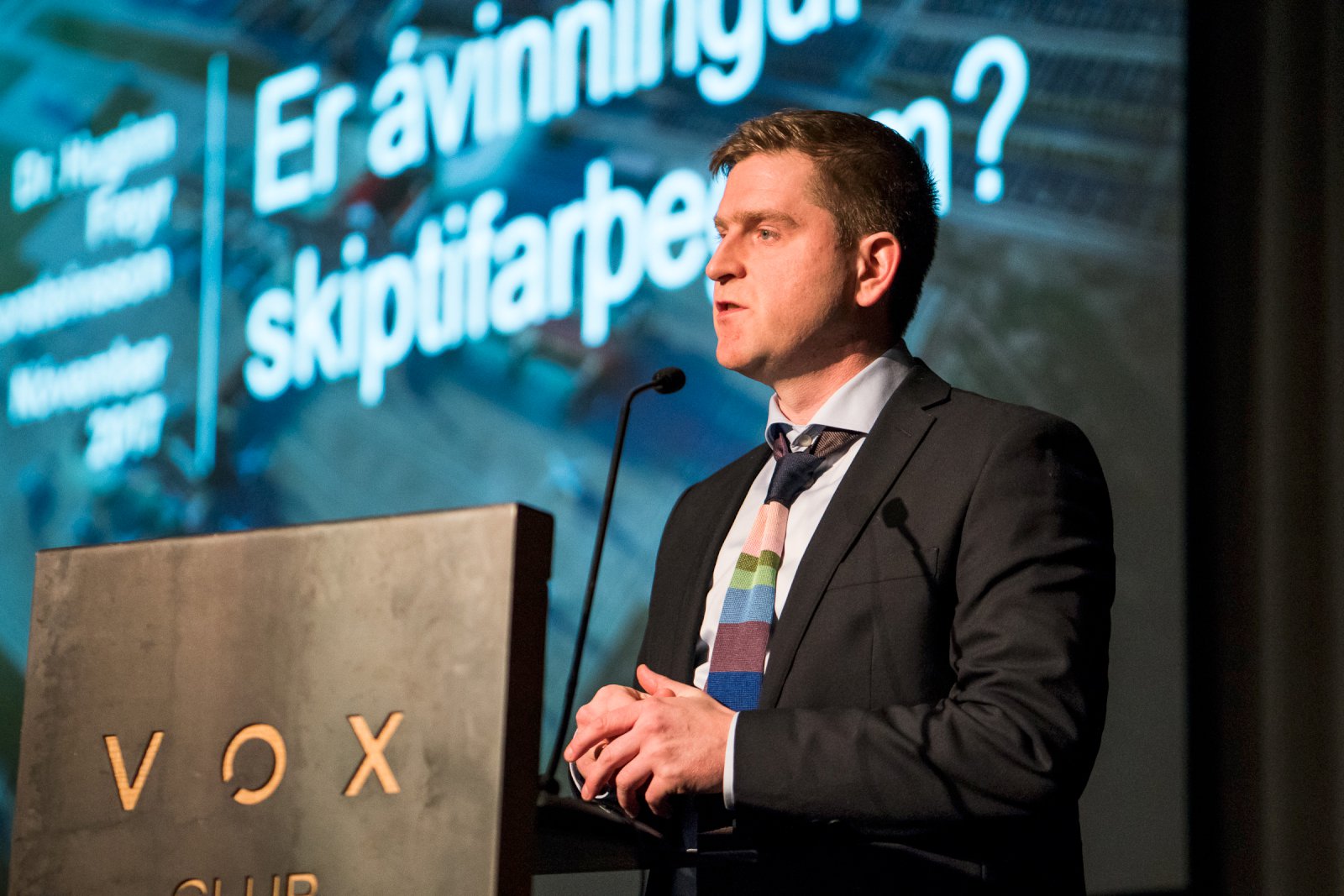 Tourism plans for the future 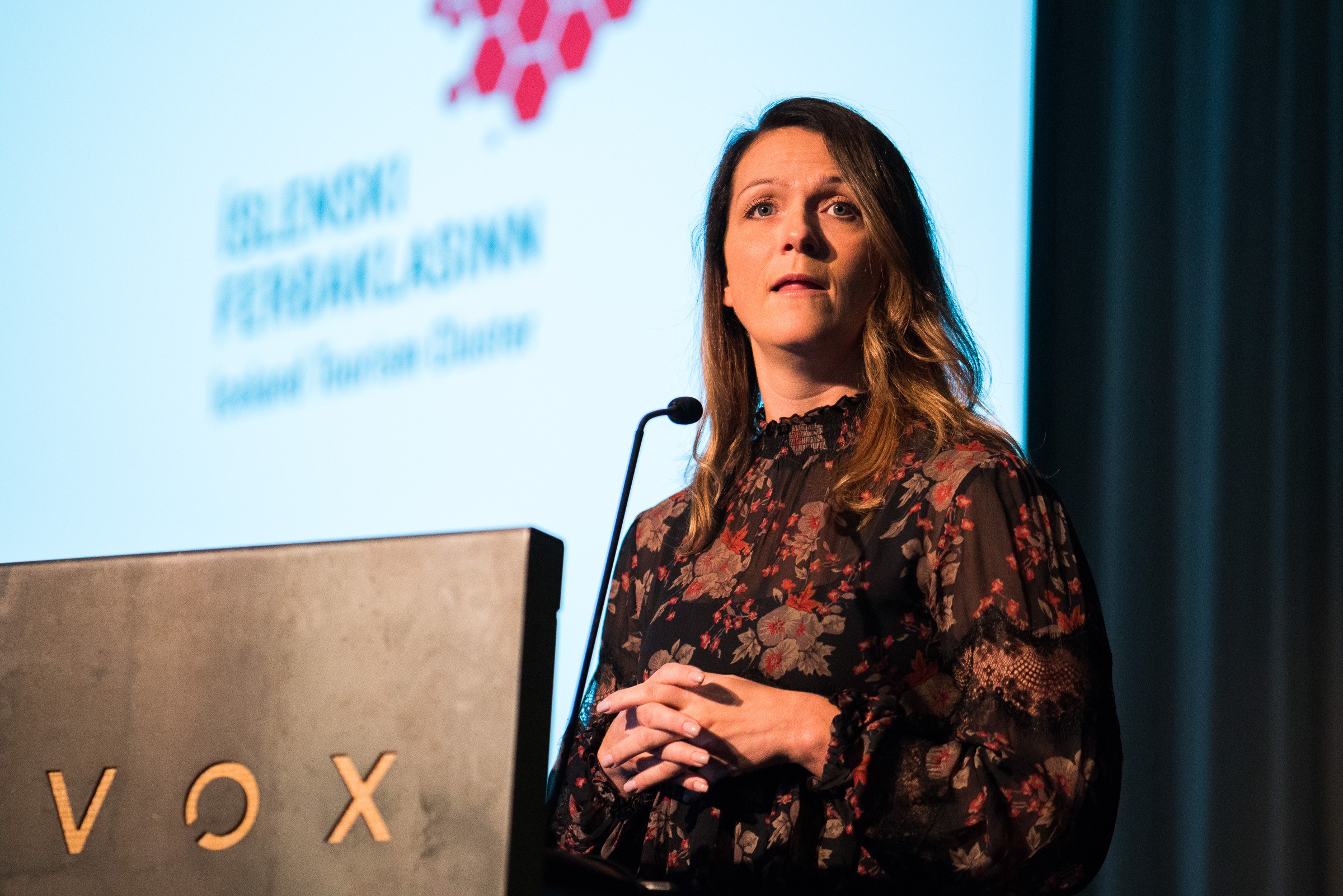 Björn Óli Hauksson, CEO of Isavia: “The increase in passengers travelling through Keflavik Airport has been very steep in recent years and far steeper than in the countries around us. When Isavia was founded in 2010, the number of passengers was two million and we expect ten million next year. The staff of Isavia and other operators at Keflavik Airport have performed herculean feats in order to receive this large increase while maintaining a good level of customer service. We need to carry on this work undaunted, as the continued increase in passenger traffic is anticipated at the same time as we are undertaking construction work with one of the greatest development phases in the history of the airport.” 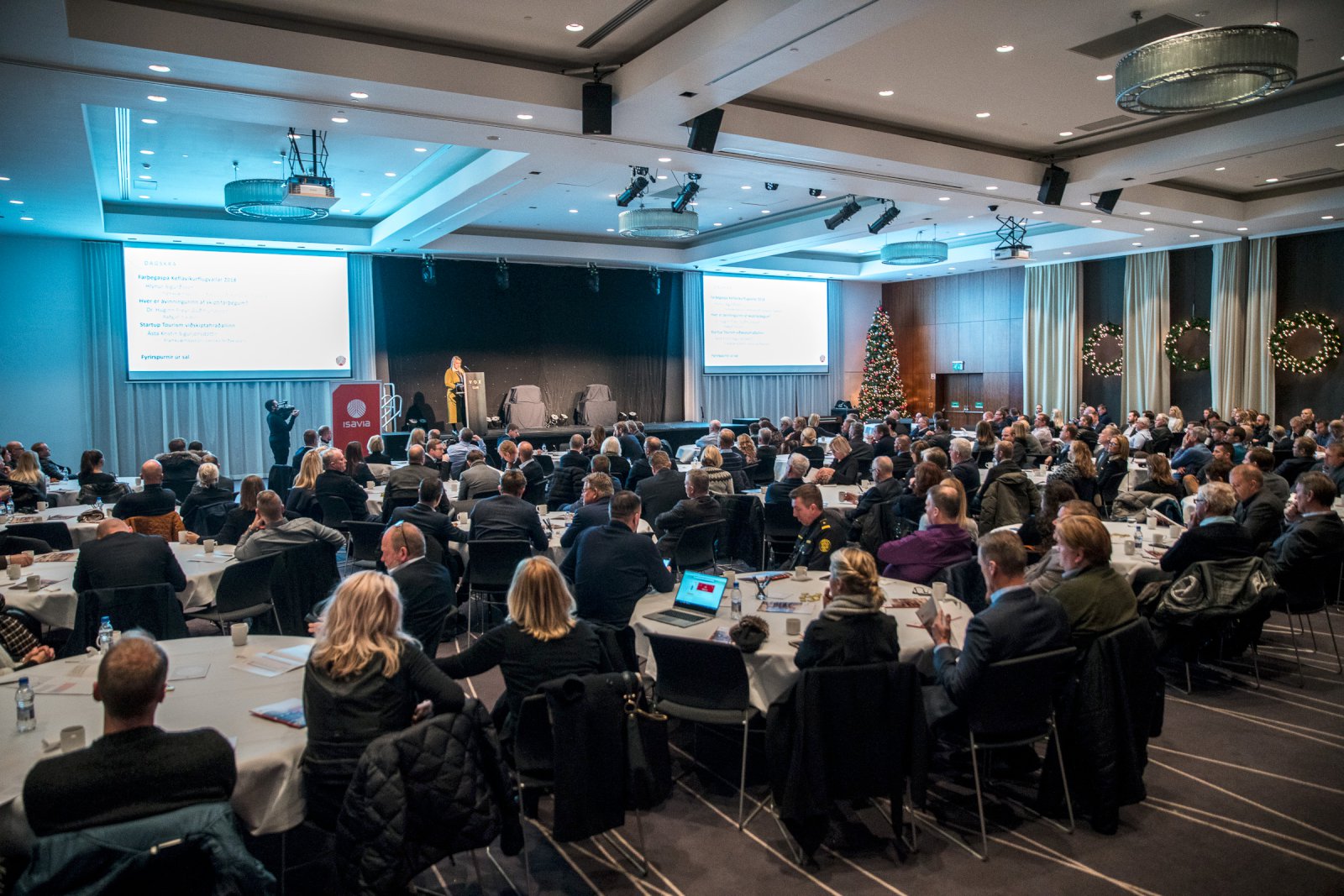