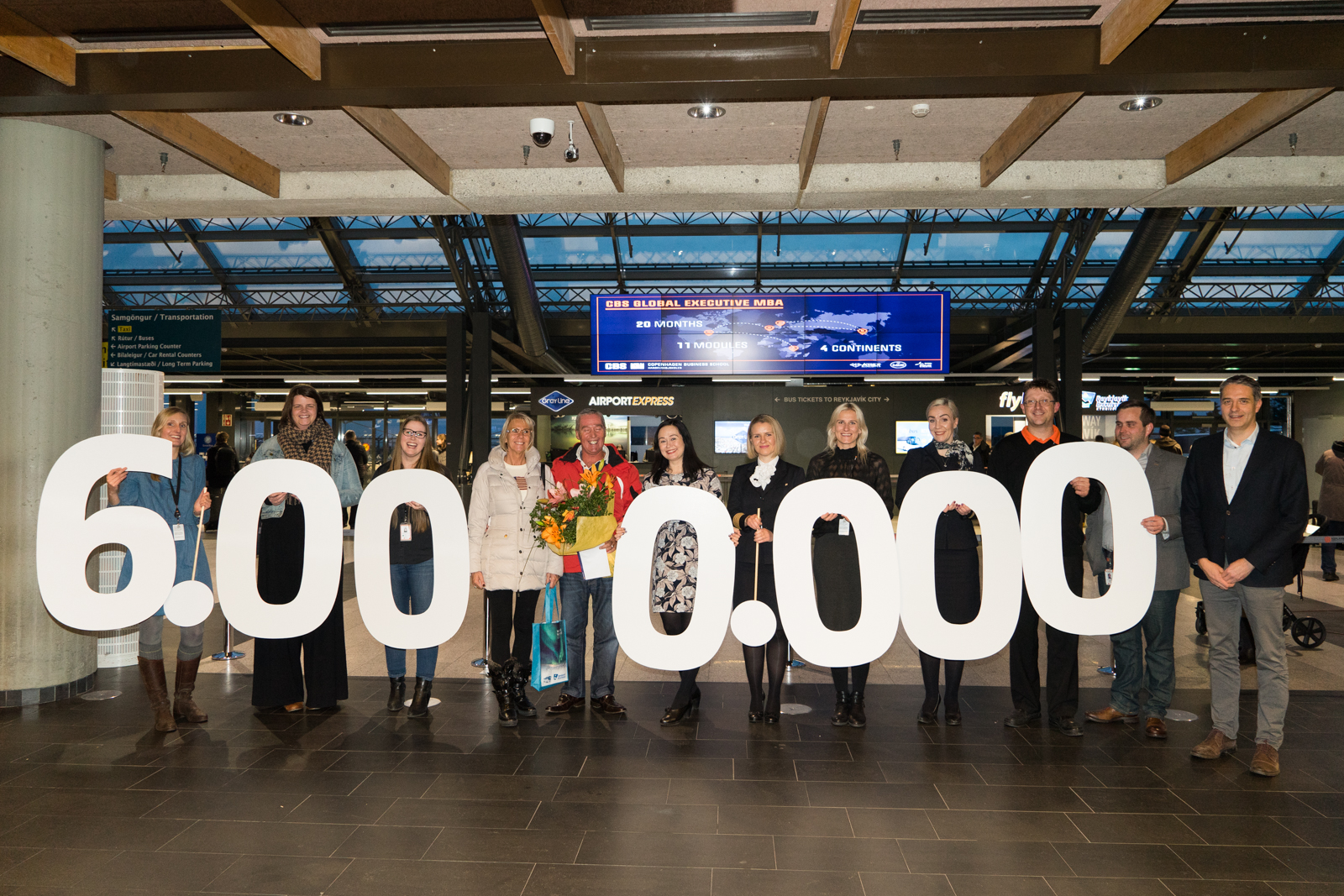 Over six million passengers have passed through Keflavik Airport this year

The six millionth passengers, husband and wife Jacqueline and Stephan Playford, were greeted with gifts at Keflavik Airport today.

Earlier this month, the six millionth passenger this year was greeted at Keflavik Airport. This is the first time that passengers have reached six million within the same year. Last September saw the arrival of the five millionth passenger, and this is the first time that two such milestones have been celebrated within the same year. Husband and wife Jacqueline and Stephen Playford, who arrived with Icelandair from London Gatwick, were the six millionth passengers. Employees of Isavia, Icelandair and Reykjavik Excursions presented them with flowers, tours around Iceland with Reykjavik Excursions, a gift from Cintamani and flight tickets to any of Icelandair’s destinations. This was the first time that Mr. and Mrs. Playford visited Iceland. They intended to enjoy nature and hoped to catch sight of the Northern Lights. They were, of course, very pleased with these unexpected greetings.
By the time the six millionth passenger arrived, passenger numbers were split approximately evenly into three groups: two million arriving passengers, two million departing passengers and two million transit passengers. The total number of passengers in 2015 was 4.85 million, but this year Isavia expects 6.8 million passengers to pass through the airport. The increase has been very rapid over the last few years. Passenger numbers have more than tripled since 2010, when just over two million passengers passed through the airport. Isavia also expects to reach two milestones within the coming year, when passenger numbers are expected to exceed eight million. There will therefore be cause to celebrate both the seven- and the eight millionth passengers. 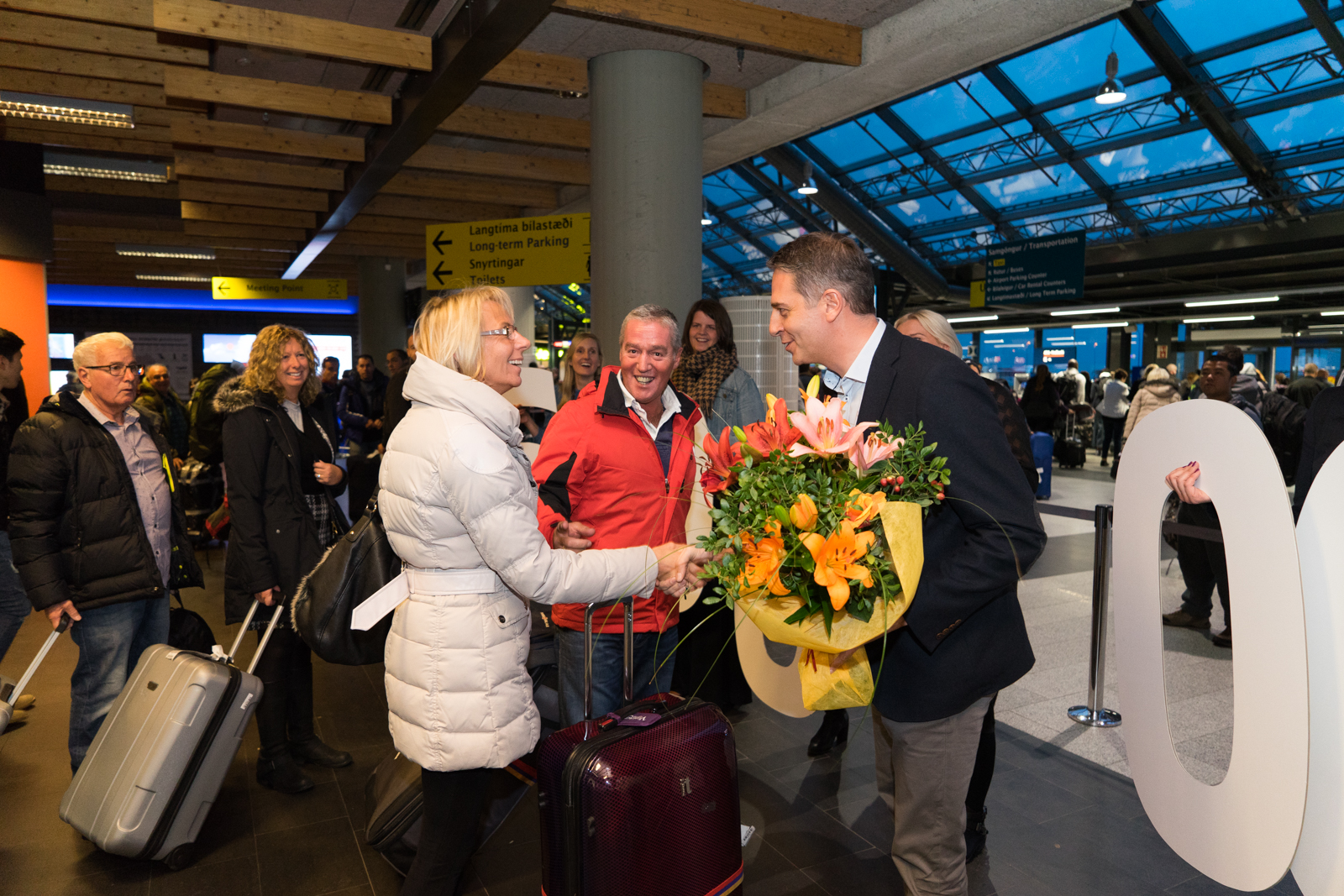