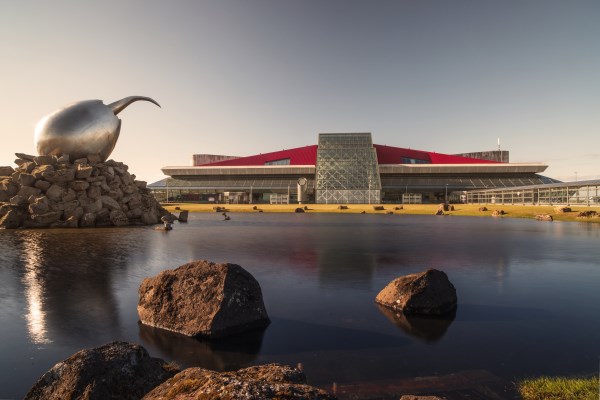 Keflavik International Airport withholds it´s progressive traffic increase for the first four months of 2014 with 24% increase in passenger traffic compared to the same period last year. A further 18.5 percent increase is expected in 2014. The airport is Iceland’s national gateway serving the nearby capital city, Reykjavik, and the rest of the country.

As from April 2014, transfer passengers at Keflavik Airport are counted twice instead of once.  This is in line with the counting methods that are practiced by many other airports in Europe that are a part of The Airports Council International (ACI). The ACI definition of Transfer Passengers is as follows: Transfer Passengers arriving and departing on a different aircraft, or on the same aircraft bearing different flight numbers. They are counted TWICE: upon arrival and departure.