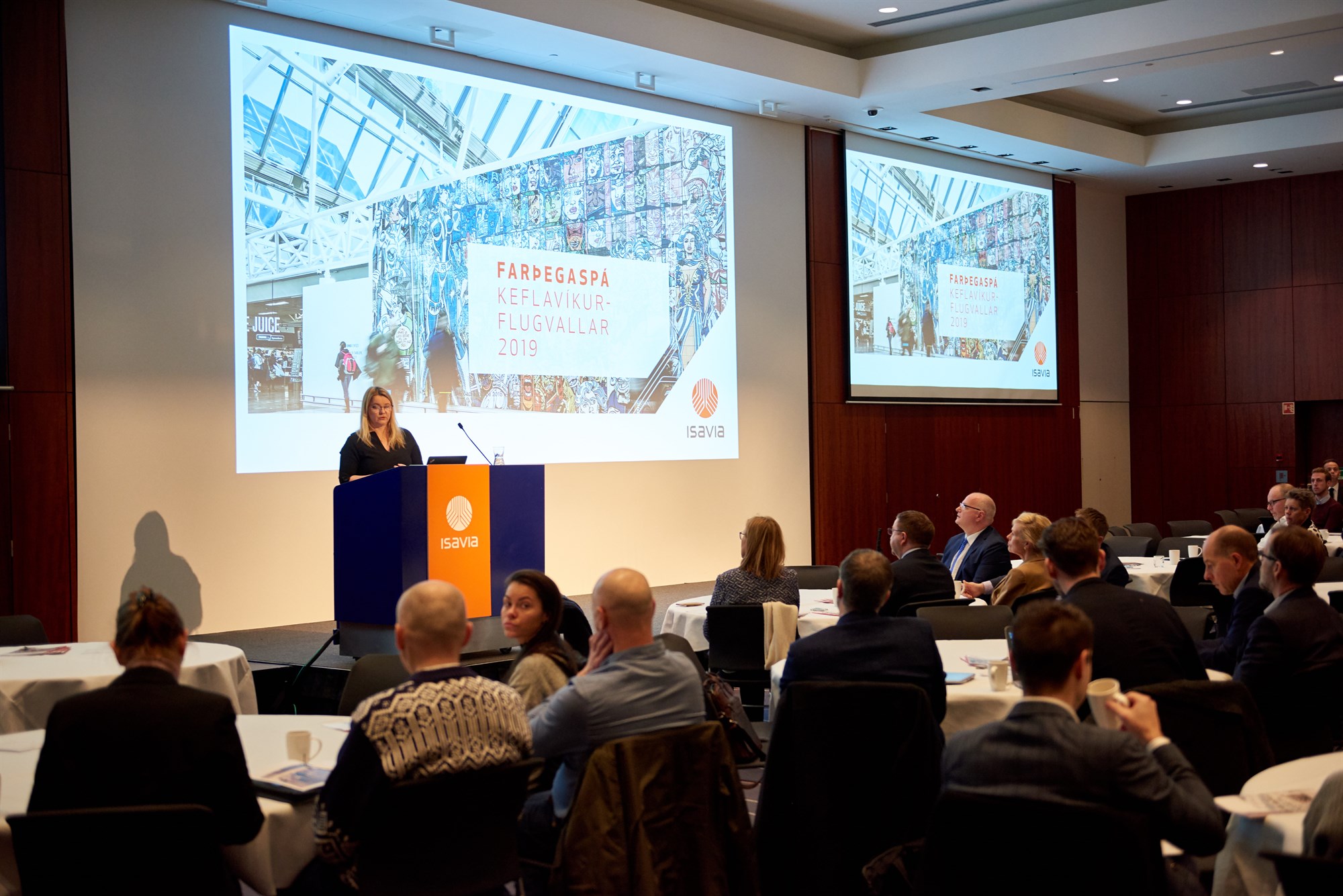 A new passenger forecast of passengers passing through Keflavík Airport in 2019 was presented today during Isavia’s morning meeting at Hilton Reykjavík Nordica. 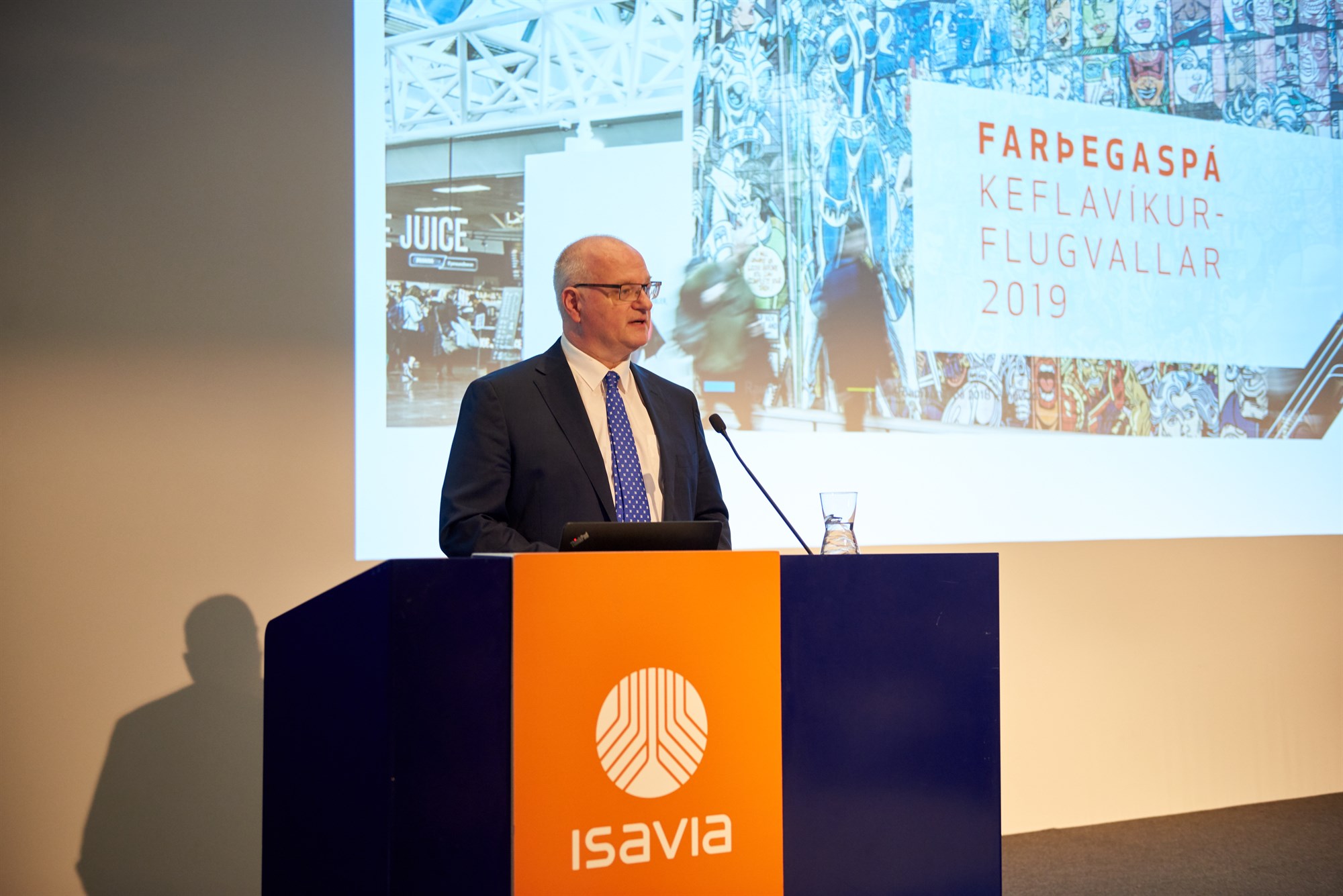 Björn Óli Hauksson, Managing Director of Isavia, stated in his opening speech that Isavia has, as of 2015, published forecasts (usually at the end of November) of the number of passengers. The forecast for 2019, however, had been delayed due to uncertainties in the market. “We believe, however, that the situation has become much clearer recently and are ready to present our opinion for 2019,” says Björn Óli. 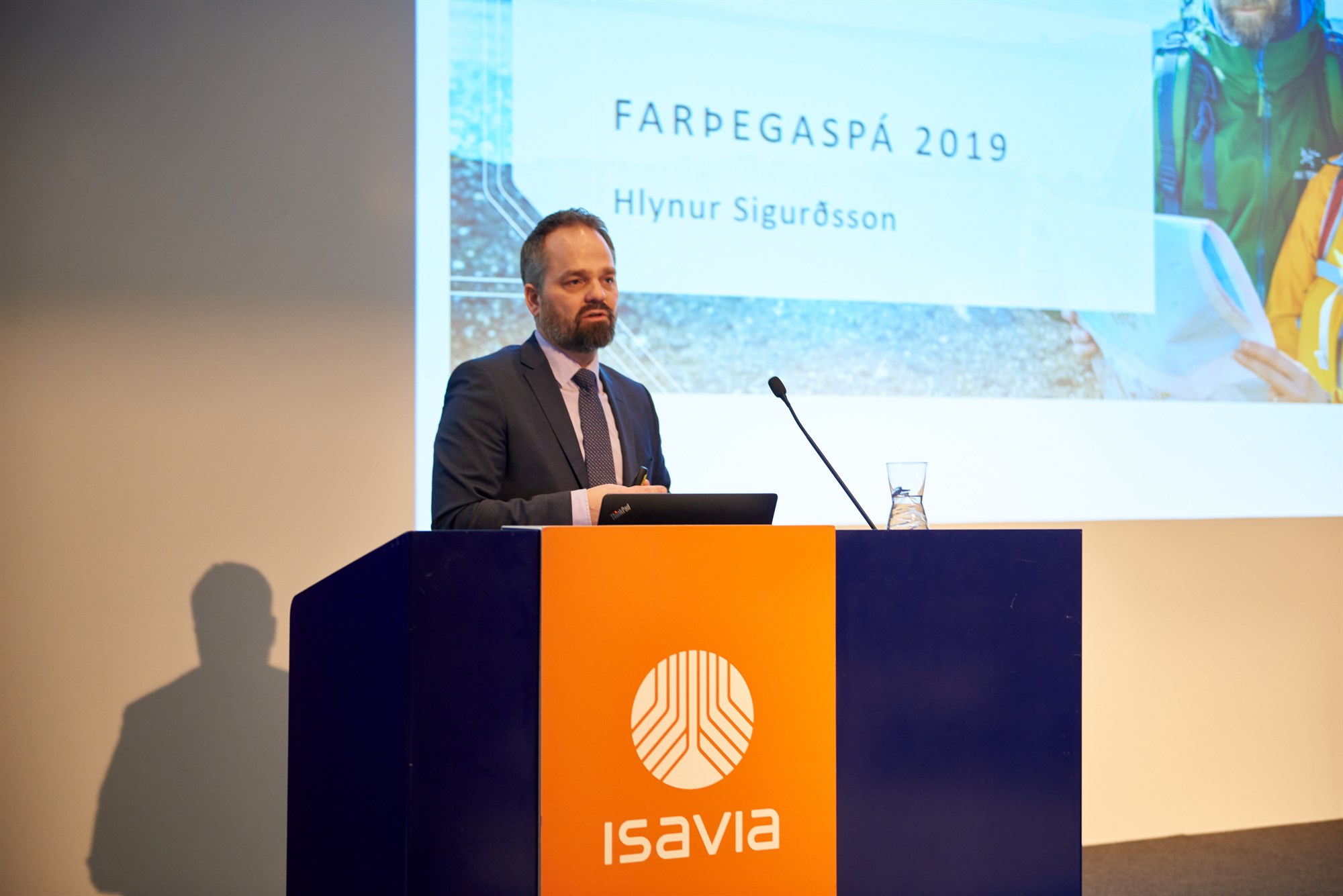 Hlynur Sigurðsson, Director of Business at Keflavik Airport, presented the Isavia passenger forecast. His presentation revealed that 8.9 million passengers are expected to pass through Keflavík Airport this year, as compared to 9.8 million in 2018, or a decrease of 8.7%. The total number in the forecast for 2019 is just less than 200,000 more than the number that passed through Keflavík Airport during the entire year of 2017.

In the forecast for 2019, the greatest decrease is in the number of transit passengers, as these are expected to decrease by 18.7% as compared to 2018. This can for the most part be attributed to the fact that the number of destinations will decrease, as well as the fact that the frequency of scheduled flights to certain destinations will decrease. In addition, the seat availability of the airlines has an impact on connection options as well as the number of passengers.

The number of departing passengers, however, decreases less, or around 2.2%, and arrival passengers decrease by 2.1%. It should be noted that arrivals and departures passengers increase in number over the summer months as compared to that of 2018. In June, they will be approximately 4% more than at the same time last year, increasing by 5.7% in July and, finally, by 7.2% in August. In addition, the passenger forecast expects that arrivals and departures passengers will increase in number in November by around 1.7% and 4.6% in December.

Hlynur also touched on the developments that would be required for Keflavík Airport to meet the number of passengers expected to pass through the terminal this year. He revealed that in order to provide better services to the passenger numbers that currently pass through Keflavík Airport, it is necessary to add around 10 thousand square metres to the terminal and that the planned developments are intended to do so.

Hlynur also reviewed the results of an international survey – ASQ Survey – which showed higher passenger satisfaction between years despite this need for further development. Keflavík International Airport rose from being ranked 27th in 2017 to 17th in 2018. Approximately 110 airports in Europe are included in the ASQ survey. 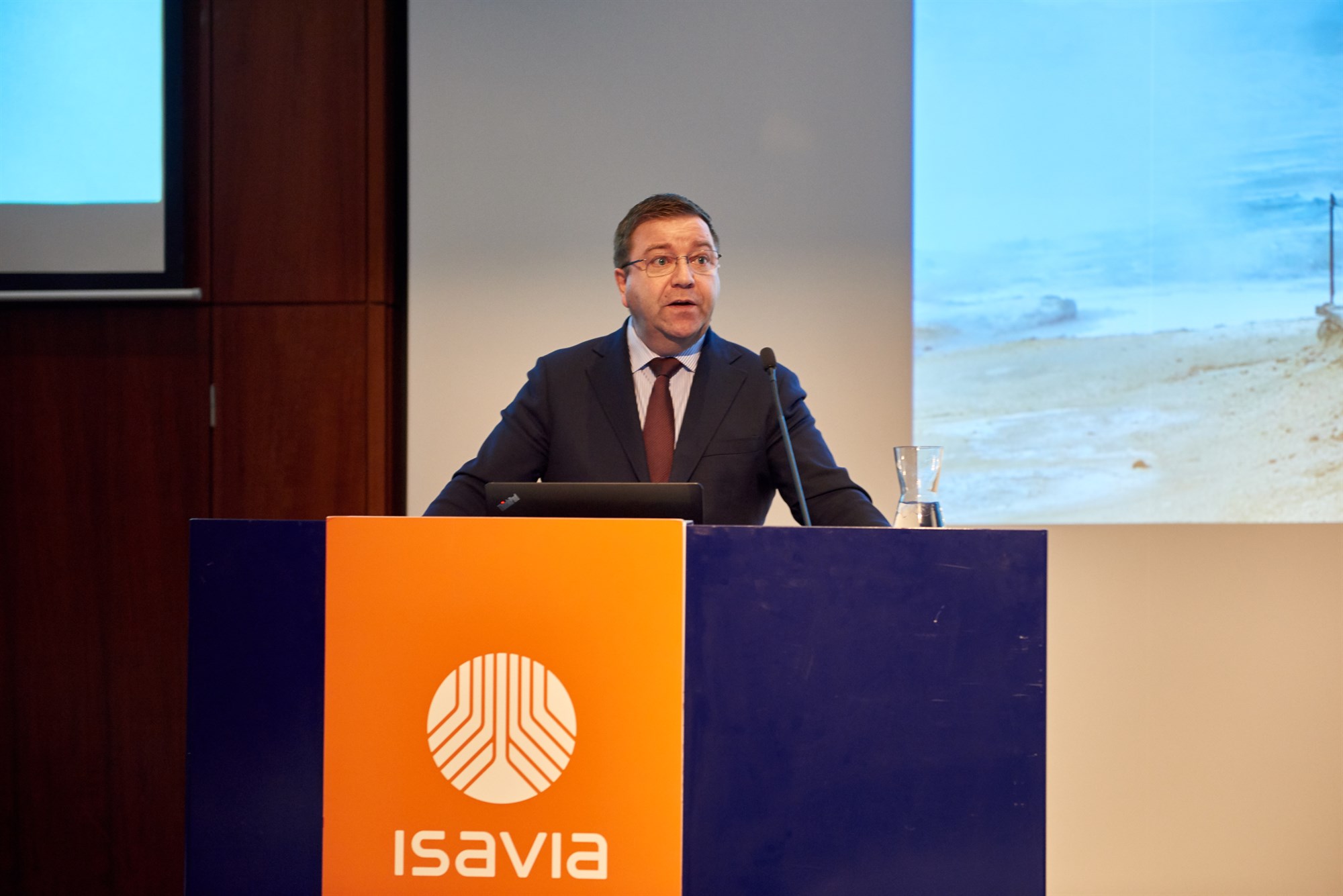 Pétur Óskarsson, Managing Director of Íslandsstofa (Promote Iceland), discussed in his talk the new legislation applicable to Íslandsstofa and the altered arrangements of collaborative forums between the business sector and the authorities. He discussed the altered perceptions of foreign travellers as regards destinations in Iceland and their interest in Icelandic goods. Air travel has opened markets and increased the number of business opportunities within Iceland, including that of goods, services and investments. 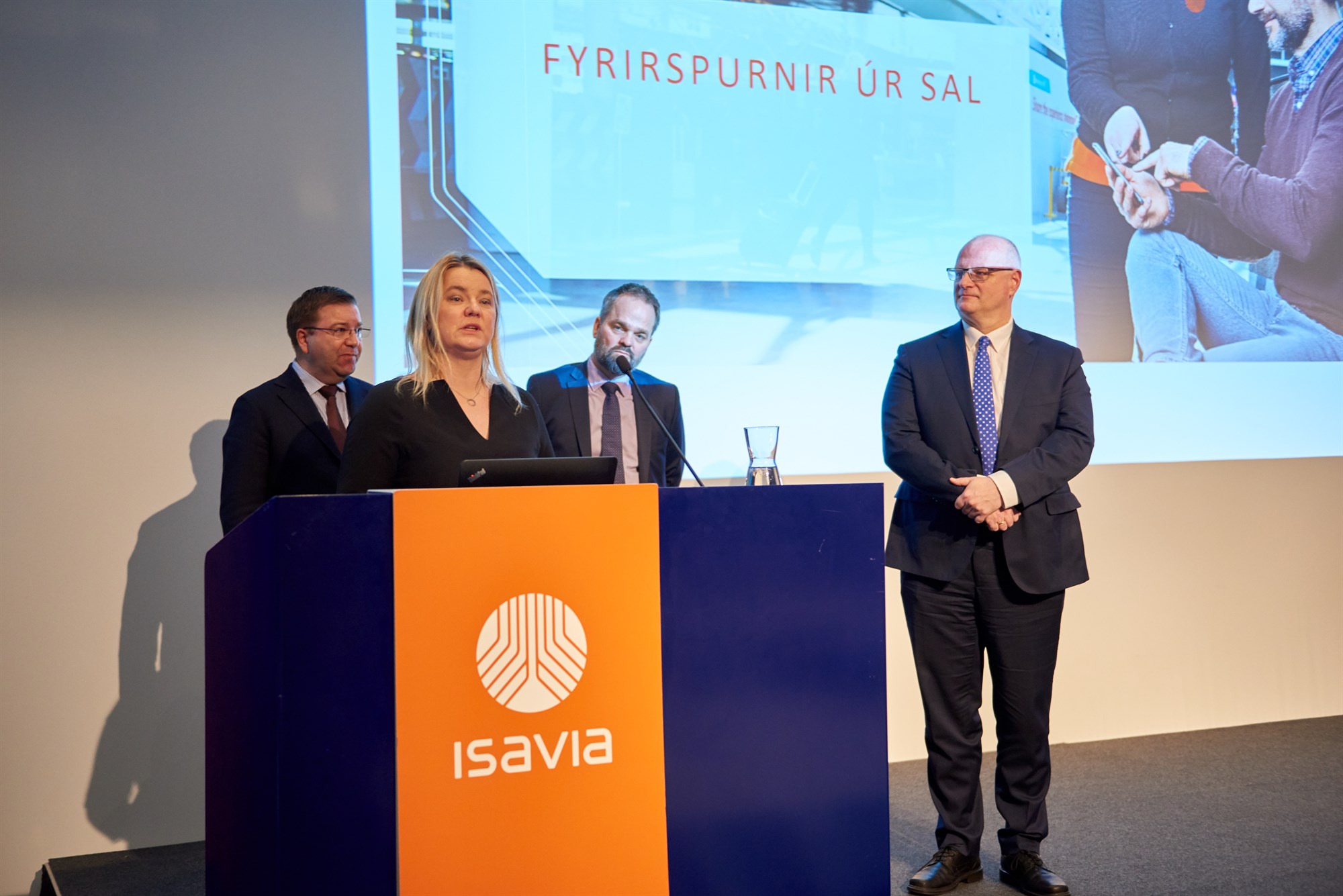