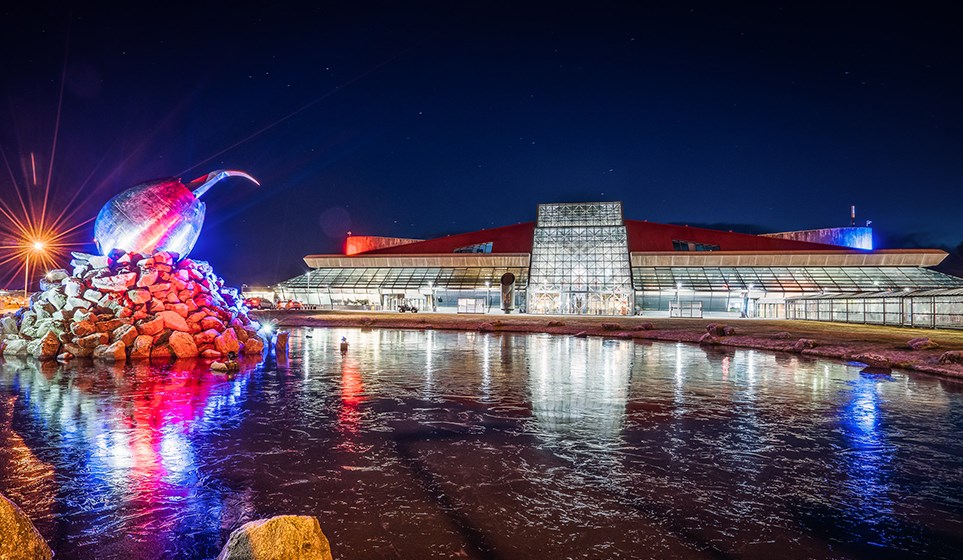 Keflavik International Airport was built by the U.S. military during World War II and opened on 23 March in 1943. It has played a big role in the development of commercial flight in Iceland and been an important stop-over between Europe and the U.S.

A lot has changed since the new terminal building opened in 1987. The number of passengers has increased fivefold, and there is continuous ongoing development. In the next few years, we expect an even further increase in the number of passengers and predict that by 2020, passengers passing through the airport will number around 10 million per year. In total, there are 28 airline companies flying to and from Iceland this summer. To meet the needs of this growing number of customers, the terminal building is being expanded. The expansion will continue in several phases over the next few years.

See our location on a map, also interesting activities and places near the airport.

Art at the airport